View From The Vicarage: Remembrance 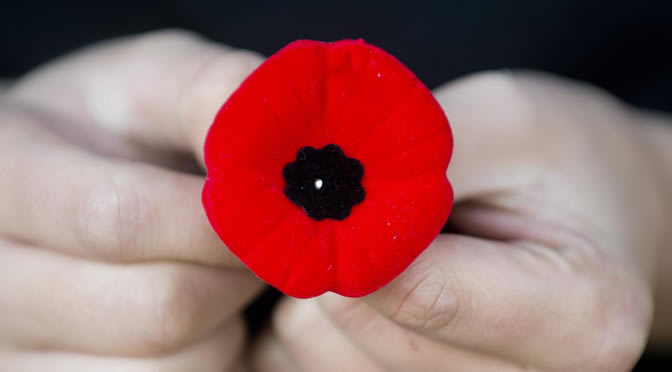 In October this year our youngest Son, Freddie, went on a school battlefields tour to northern France. It is something that his school has annually organised for the past 21 years. This year the boys visited the town of Loos in order to commemorate the Old Boys from their school who were killed and buried in the many Commonwealth War Grave sites that pepper that area of France.

It came as something of a surprise to him when the local Mayor came to have his photograph taken with Freddie when the boys visited the site of one of the most famous incidents to take place during the First World War that involved the Lady of Loos, Emilienne Moreau, and Captain Frederic Bearn who was my grandfather’s cousin.

On the 25th of September 1915 Captain Bearn found himself as the Medical Officer of the 9th Battalion the Black Watch (Royal Highland Regiment) and was tending to the wounded in a house that was being shelled and sniped at from Germans close by. During intense firing on their position 17 year old Emilienne took Captain Bearn’s Service revolver and disposed of the men who were shooting into the make shift hospital. Do “goggle” for more information on this extraordinary story. But suffice to say it came as a complete surprise to Freddie and everyone else to realise that Captain Bearn continues to be so venerated 100 years after “The Incident”.

November is such a time of Remembrance; it is etched deeply in the very psyche of this nation’s identity and consciousness – we will remember them. This month also marks All Saints Day when we in the Church remember with thanksgiving to God those who have served Christ’s Church on earth and rest in glory. It is a poignant and sobering time that is reflected in the autumnal mists that that often shrouds our Remembrance.

There are so many to remember and so many to be thankful for. Please do remember to mark the 11th at 1100 am wherever you are and whatever you may be doing. Stop; fall silent; turn off the radio; put the mobile away and remember those who have served and died that we may be free and pray for those who continue to suffer as a result of man’s inhumanity. “At the going down of the sun and in the morning, WE WILL REMEMBER THEM.