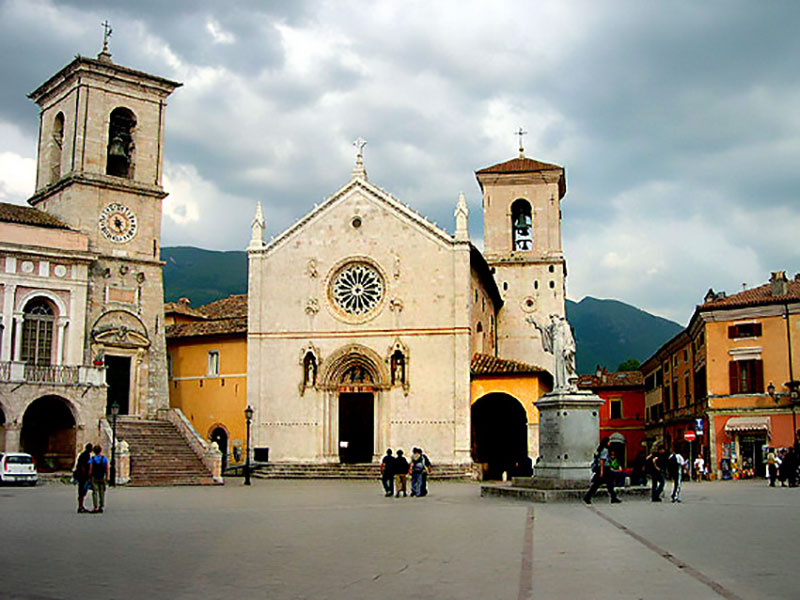 St Benedict of Nursia in Italy was born in the last quarter of the fifth century and died in the middle of the sixth. By the time of his death he had laid the foundation for Western Monasticism and was later canonised as the Patron Saint of Western Europe. He wrote the Rule of Benedict that has been adopted by countless Christian religious communities (both male and female) throughout the world; indeed the Community of the Resurrection in Mirfiled, with whom we have so many links, has the charism of “the Benedictine.” It possesses the unique spirit of balance, moderation and reasonableness. As I look at my bookshelf I notice that I have a sizeable collection of writings and prayer books written by Benedictines; Cardinal Basil Hume, David Foster, Abbott Parry, Estha De Waal and Andrew Clitheroe to name but five.

St Benedict established the sevenfold Offices (or services) of the Church that Benedictines use even to this day; these are Vigils, Lauds, Terce, Sext, Nones, Vespers and Compline with of course Holy Communion that normally occurs at midday. I have always been attracted to the monastic way although it has never been my vocation; perhaps as a consequence of growing up in an Anglo – Catholic area of Oxford near a Monastery and also working as a helper in a convent with a sweet Nun and very godly woman, Sr Norah Moran whose profession Cross I was given when she died. She was quite a character and used to burn leaves in the garden of her convent, much to the consternation of her wealthy and middle class neighbours, and thereby challenging the Police to come and arrest her! In an increasingly (can it get even more) busy, hectic, noise filled, image driven world more and more people are looking to the Rule of St Benedict ( and others such as St Francis) to provide balance to their existence.

Ash Wednesday will soon be upon us and it is right that we try to impose upon ourselves some discipline or other that will assist us in growing in the Faith. One ideal way would be to pop onto Amazon and purchase David Foster’s (OSB) book Reading with God in which he explains and illuminates Lectio Divina – Reading with God. This is not some mad cap lunacy but what he describes as “Praying with the Bible.” To quote the fly leaf, “Following St Benedict’s opening command in his rule to ‘listen’, attending to the word of God through the printed text Lectio Divina is an art that helps us listen to God in a world in which we are surrounded by a cacophony of sound and noise.”

When reading the Bible St Benedict encourages a formula that leads to engagement:

All looks pretty straightforward…..and then we try……..