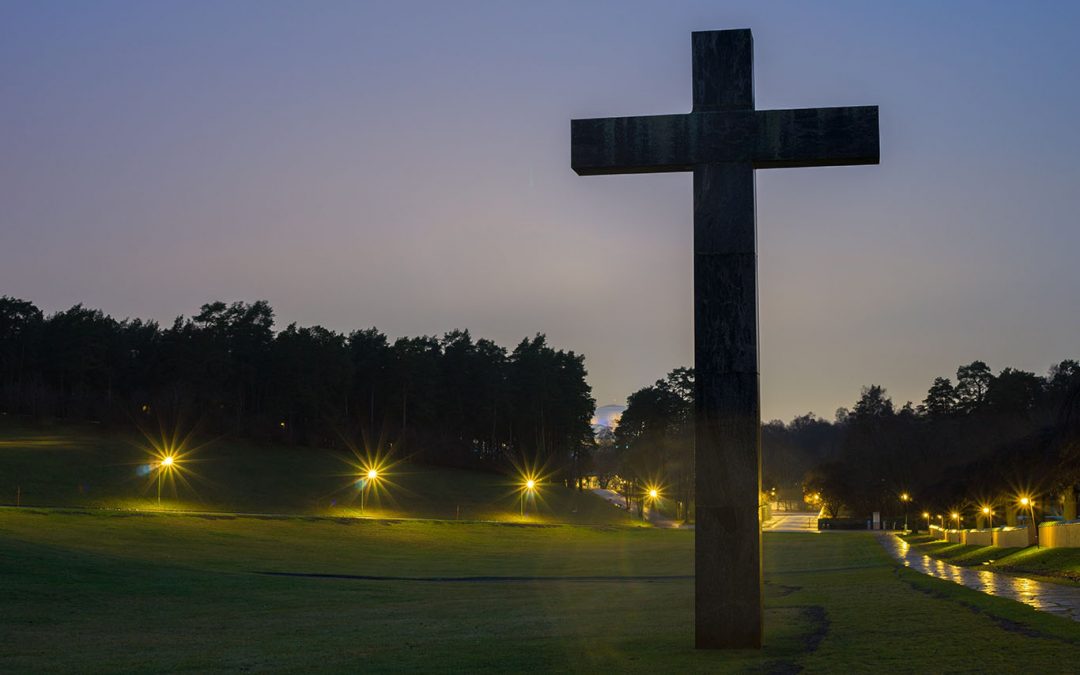 During September the Church celebrates “Holy Cross Day”, a day upon which we commemorate the dedication, in 335, of the Church of the Holy Sepulchre in Jerusalem, which was built over the supposed site of the crucifixion and the tomb of Jesus.

The cross on which Jesus was crucified has become the universal symbol for Christianity, replacing the fish symbol of the early church, although the latter has seen a revival in recent times. It might feel slightly odd commemorating the cross on its own in September, bereft of Holy Week’s full narrative of salvation. In Holy Week our focus tends to be centred upon the solemnity of the cross and the events of those dreadful hours, but in September we are offered a different opportunity to reflect on the cross and its meaning.

We must not lose sight of the fact that the cross we are focusing upon is not a generic cross, but rather the cross upon which Jesus suffered and died. Forget that, and we are in danger of glorifying cruel death; remember it, and we are commemorating the heart of the Christian gospel, in which, as the Collect for Holy Cross Day prays, God has made “an instrument of painful death to be the means of life and peace”.

Sam Portaro in his book Brightest and Best: A companion to Lesser Feasts and Fasts describes a conductor who rebukes an over-enthusiastic percussionist: “One does not beat the music into the drum; one coaxes the music out of the drum.” Portaro draws a parallel: “The cross is like the music of the timpani: it is not something one puts on, but rather something that is coaxed out of us. The wearing of the cross is not an accessory to life, but rather is the embrace of life itself. . .”Christians bear the cross within, in the daily embrace of all that it means to be human. To be a Christian is not to take the cross upon oneself, but rather to have the fullness of life coaxed out of oneself.”

The Collect prays that we “may glory in the cross of Christ, so that we may gladly suffer for his sake”. That is a tough ask by any standard!

The “Open Doors” World Watch List provides an in-depth record of the 50 countries where it is most difficult to live as a Christian. These are the places where followers of Christ must keep their beliefs hidden and where living the gospel means facing beatings, imprisonment, discrimination, and profound abuse.

The fortitude of those who suffer for our shared beliefs at the hands of others is remarkable. On this coming Holy Cross Day (September 14th) perhaps our most profound response is to pray for them, and for grace to follow their, and Jesus’s, examples.