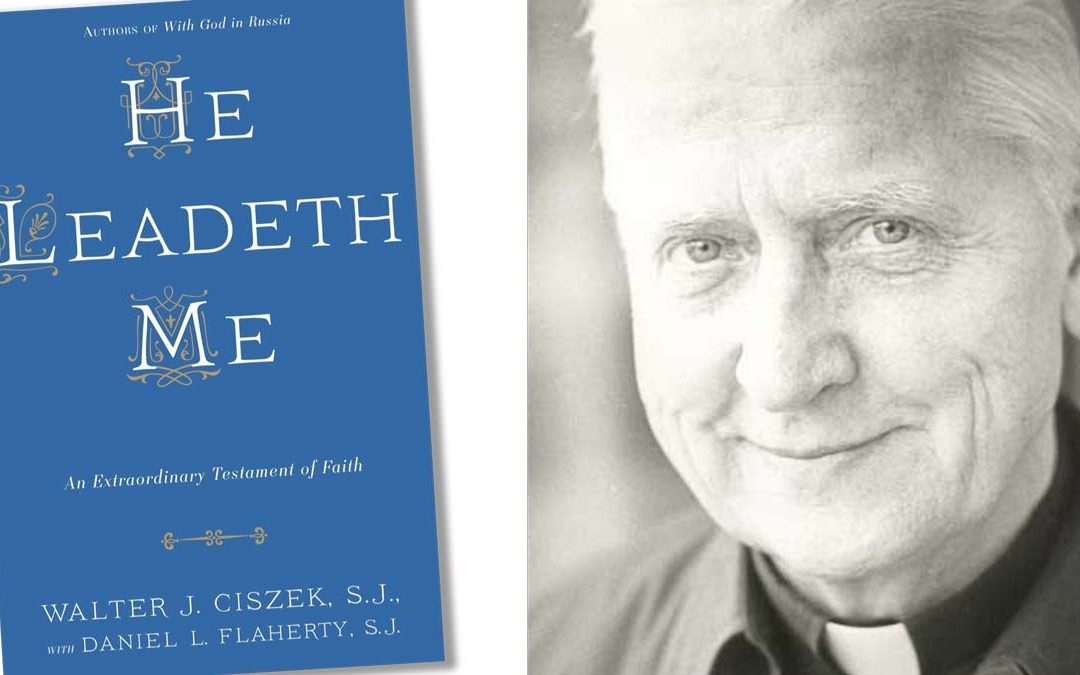 I’ve just finished reading the most wonderful book. It’s entitled, “He Leadeth Me” and is a testament of the faith of one man. The one man in question is Fr Walter J Ciszek who served as a Jesuit missionary priest. His missionary zeal took him to Eastern Europe during the upheaval of the Second World War. In 1941 he was captured by the Soviet Army and convicted of being a “Vatican Spy.” If that’s not an oxymoron I don’t know what is! Anyway, having been convicted he spent 23 years in Soviet prisons and labour camps. This included five years, yes, five years in solitary confinement in Lubianka gaol in Moscow.

Over those many years, and in the face of the most shocking trials, including time in the frozen wastes of Siberia, Fr Walter learned what it truly meant to believe in God and trust in His will in all the circumstances of life. Now, what I found compelling about this book is that it was not drafted by a theoretician writing from the comfort of a quasi-intellectual, middle class armchair in the 21st century. Walter’s understanding and depth of belief was forged on the brutal anvil of raw experience, through interrogation, deprivation, and immense psychological agonies visited upon him by members of the NKVD. To believe and to see God in all things, both the good and in the bad is a gift of Grace. The Psalmist alludes to this in 139 verse 2 where he writes, “Even the darkness is not dark to Thee, the night is as bright as the day; for darkness is as light with thee.” In the epilogue of his book Walter conveys the simplicity of the Faith he had discovered that became so intensely real and less cerebral during his incarceration. He observes how, “Curious it is that the very simplicity of the Faith makes it so unacceptable to the wise and the proud and the sophisticated…I do not apologise for my faith; nor am I ashamed of it.”

This simplicity and trust in the divine providence of God is reflected in the prayer that I have chosen for July. Composed by that great Anglican divine, and recently canonised saint of the Roman Church, John Henry Newman, he articulates the uncomplicated faith of the ordinary believer with the aphorism, “Therefore I will trust him.” The story of Fr. Walter Ciszek is both an inspiration and a challenge not only to us all in our current circumstances in 21st century England. There is an eternal truth of global importance reminding us that, above all else man is not simply a lost atom in a random universe; he is God’s creature, whom God chose to endow with an immortal soul and whom he has always loved.