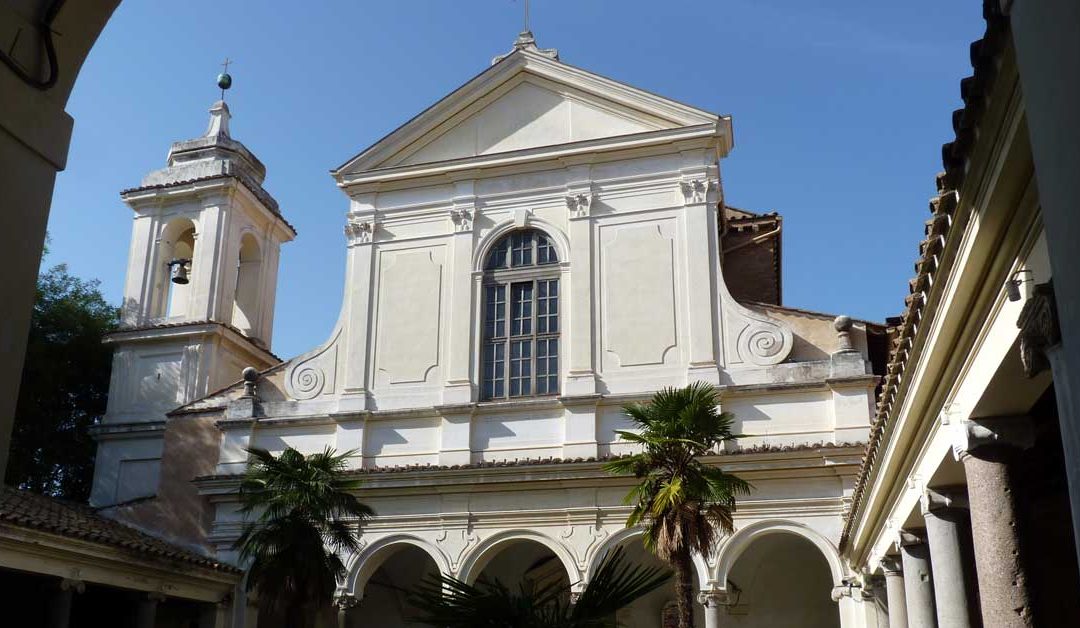 Many of you will know that over the years and from my privileged position in the pulpit I have made numerous references to the Church of San Clemente in Rome and the wonderful blue Cross that is the centrepiece in the apse. Ah, what a happy time it was gazing whistfully at the intricate patterning, the breath-taking craftsmanship but above all the prayer that underpins the majesty that it attempts to convey. St Clement famously wrote, “Caesar is not all. Another Sovereignty there is whose origins and essence are not of this word but of the heavens above.” These are the sort of words and sentiments that the politicians of 1st century Rome were not keen to hear. They are a reminder to the Church of the importance of being in the world but not of the world and the need for each Christian man and woman to “free their hearts from the world.” One must remember that his words were written at the time of the persecution of the Church by the Emperor Domitian.

What gave Clement the strength and courage to confront the authorities were the words of Jesus himself. “Do not be afraid” He said it so often and I am sure more often than is recorded in the canon of the Gospels and it is found throughout the Bible no less than 365 times. It is advice to trust in. On the choppy waters of Galilee Jesus said to his disciples “Be not afraid.” In the Gospel according to St Mark 5 when Jesus raised Jairus’ daughter he encouraged the girl’s parents, “Do not be afraid, only believe.” In the farewell discourses of John 14 he prayerfully says to his disciples, “ Let not your hearts be troubled, nor let them be afraid, you believe in God believe also in me.”

We do not experience Domitian style persecution; it would be frankly absurd to suggest so. But we all know and experience the climate of fear that is sometimes almost palpable in the conversations I have with so many people. Fear of doing what is said to be the wrong thing, fear to go out, fear of being “dobbed in”, fear of loneliness, fear of the state, fear of being controlled, fear of illness, fear of death. Jesus said – “Do not be afraid. This is a faith matter and much more than simply deciding on a lifestyle choice or a brand of face covering. “Do not be afraid.” St Clement trusted in the words of Jesus as authoritative and he lived them by faith; he knew them to be true by his own experience. Each day we must trust to Jesus, mindful of the saints of whom our prayer for the month refers. Men and women who in their own lives demonstrated sincere and “deep bone” belief.

It is our duty as the Church to aspire to that same “deep bone” belief that is not afraid but simply and prayerfully trusts in what Jesus said and what by Sacrament, Word and Grace we know to be true as did the great Clement of Rome.