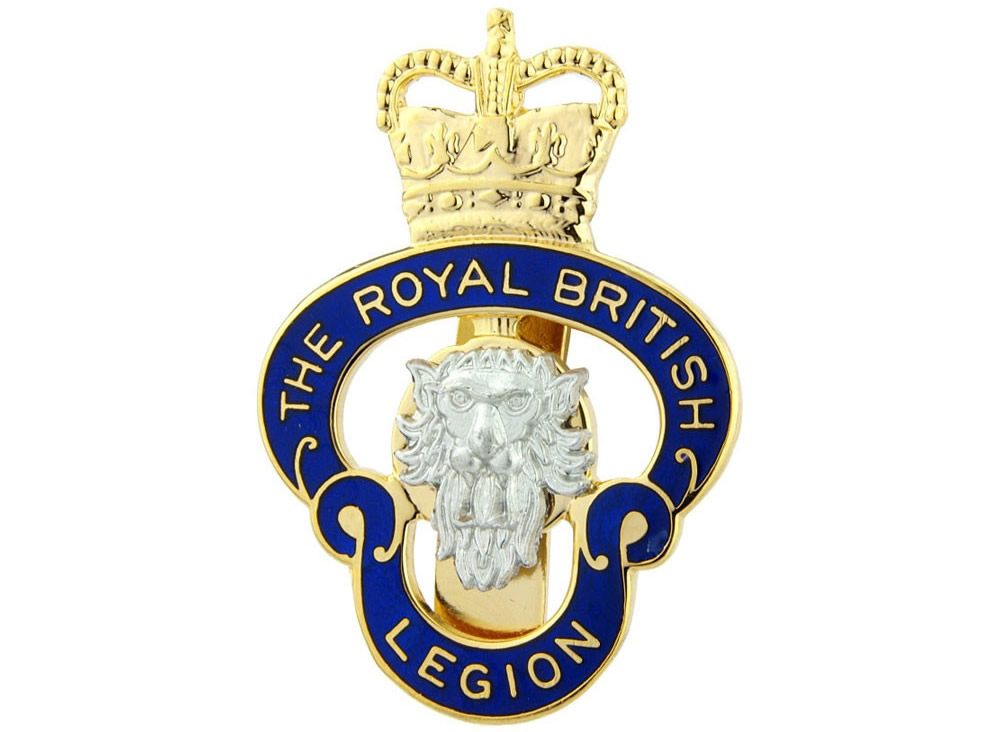 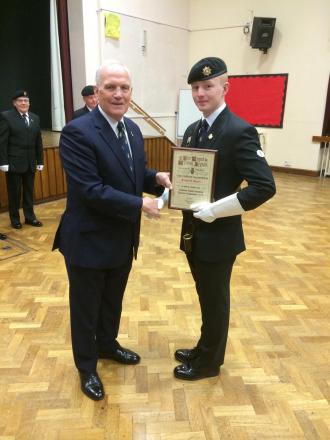 Freddie Bearn is pictured being presented with a framed certificate by John Crisford, national chairman of the Royal British Legion

Freddie, who is also the RBL Youth Standard Bearer for Greater Manchester and the North West, was judged alongside very stiff competition from Northern Ireland and the South of England.

Two judges marked the competitors on their dress, which had to be impeccable, and then a series of very complex drill movements, both static and on the march. These included orders for the Royal Salute, and the Act of Homage.

The national and deputy national parades marshals were also in attendance, orchestrating the competition.

Freddie will be charged with the National Youth Standard at the RBL national conference to be held in Southport in May where he will receive his cup.

The teenager will be called upon to parade with the standard on many occasions during the year but, most notably, at the Royal British Legion Festival of Remembrance at the Royal Albert Hall in November in the presence of The Queen .

Mr Bearn said: “It seems very appropriate that in Gallipoli 100, a Bury boy, born and bred and schooled should find himself in such a privileged position.”