Why Do I Believe in God? 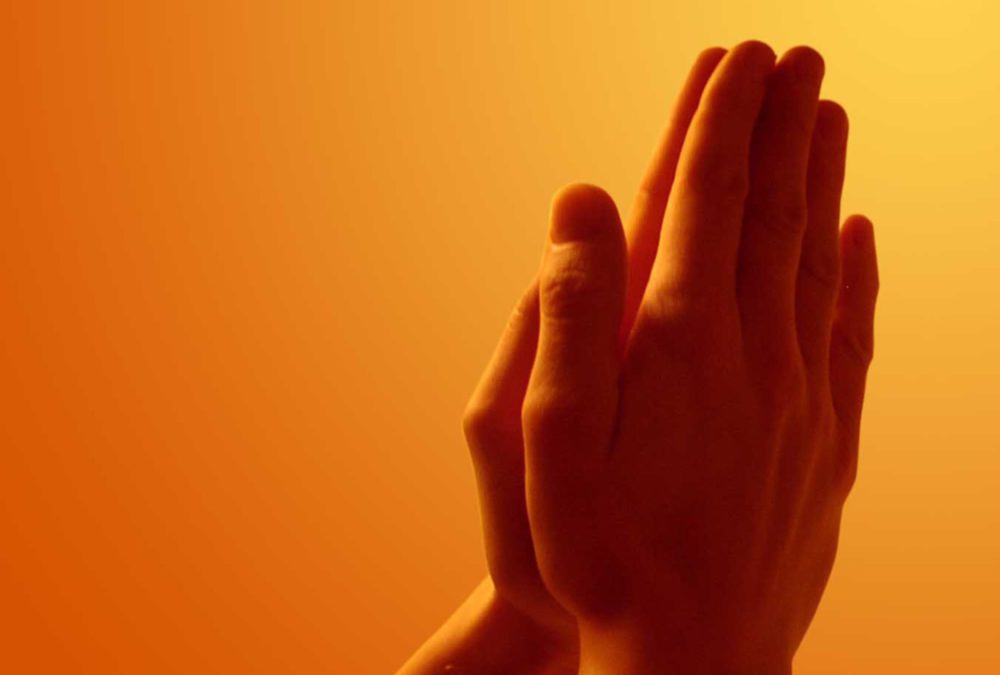 Recently my Grandaughter asked me to tell her why I believe in God. Sadly she asked me on Tuesday evening and wanted the answer by the next day so it wasn’t used in her homework, but here it is…

Why do I believe in God?

Usually when we have held a big service in church and people say what a wonderful service it was and they go away all elated and inspired I am left cold. I pass it off as mass hysteria. I feel little or nothing… BUT …there are some things that have happened to me that go against this and have strengthened my belief in God. They are times when in some way beyond my understanding I seem to have, for want of a better term, ‘met with God.’

This is not the kind of language I would normally use, and is not something I am comfortable with. When such things happen I am always suspicious and afraid that I am indulging in self hypnosis. This kind of thing has happened to me may be 4 or 5 times in my entire life.

One of them happened when watching a TV programme quite a long time ago and my experience was backed up by someone else who, it appeared, had the same experience as I had had, in fact he told me that it had made the hairs on the back of his neck stand up. The programme was about a Monastery that had taken in six strangers to live with them for six weeks following the life of the Monks and living by their rules. All the visitors were men and most of them had life problems that they needed to sort out. The one in this story didn’t believe in God when he first came to the Monastery and now that he was leaving he was still unconvinced. We watched the last meeting between him and his mentor. The monk gave his guest a white stone. He told him that the stone contained his new name, his hidden name, the one showing the person who he really was. Then there was a silence, complete silence and stillness and that silence and stillness seemed to come out of the television and surround me, and enfold me, it was incredibly powerful and I was in no doubt that I was in the presence of God.

The other two times concern your Grandpa Colin. The first time happened when you were only a baby, or it may even have been before you were born. I came home one evening and Grandpa was sat there very unhappy and I gave him a big hug and I said a prayer for him, something I didn’t very often do. I said it in my head. ‘Please God help this man.’ And I really, really meant it with all my heart and there seemed to be a power there in the room. I would have discounted it as my own personal emotion if your Grandpa, the unbeliever, hadn’t said ‘I don’t know what happened then, but something did.’

The other time was quite recent, maybe a year or eighteen months ago, I had been to visit a friend of mine who was a monk. I often used to visit him but sadly he died at the beginning of this year. I attended a service in the church which is part of his monastery. During this service one of the things we do is to think of all the bad, wrong, unkind and unloving things we have done since we last went to church and we tell God we are sorry and ask him to forgive us.

I was thinking of how I had put Grandpa Colin into care because it was so difficult to look after him and how he hadn’t understood and hated me for doing it. And I was thinking how sorry I was and then I thought, ‘Stop it! You have said sorry about this countless times and you have been forgiven let it go, move on.’ The service continued and then, quite out of the blue, I had this loving feeling surround me. It wasn’t God’s love, it felt quite different from the other times. It was Grandpa’s love, it was as if he had put his hands on my shoulders and said ‘Don’t be a silly old Moo!’ and I knew that at last he understood and had forgiven me. To do that he had to be there in some afterlife and if there is an afterlife then there has to be someone/something to look after it doesn’t there? I call that someone/something God.