VE Day at the Memorial 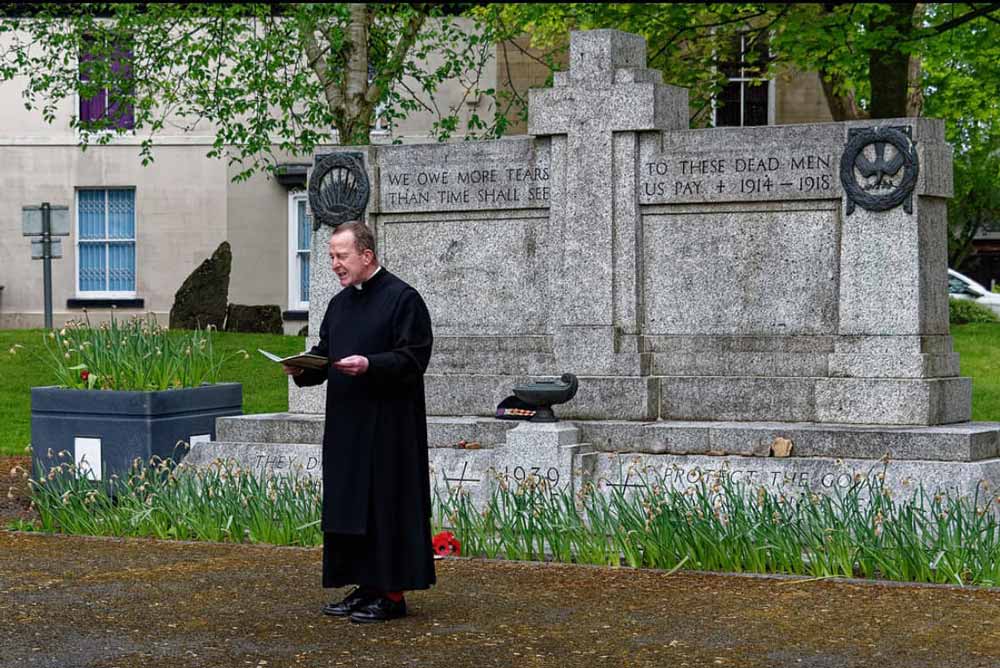 On VE Day the Vicar said prayers at the Village War Memorial at 11.00am.

Prayers of thanksgiving were offered along with those for The Queen and current serving members of her armed forces. Prayers were also said for those ministering in various ways during the last few weeks. Former members of the 207th Field Hospital, with whom Hugh served, attended along with the Churchwarden, members of our Church family and parishioners. Neville Foote’s bonnet, that he wore at Normandy and throughout the Second World War, was placed on the war memorial along with a posy of poppies with the message,

From the Vicar, Churchwarden and PCC of the Parish Church of St Anne. Victory!

The prayers finished with the Vicar leading the singing of the National Anthem. At the same time Freddie Bearn rang the Church bell 75 times to commemorate this significant year in our nation’s history. 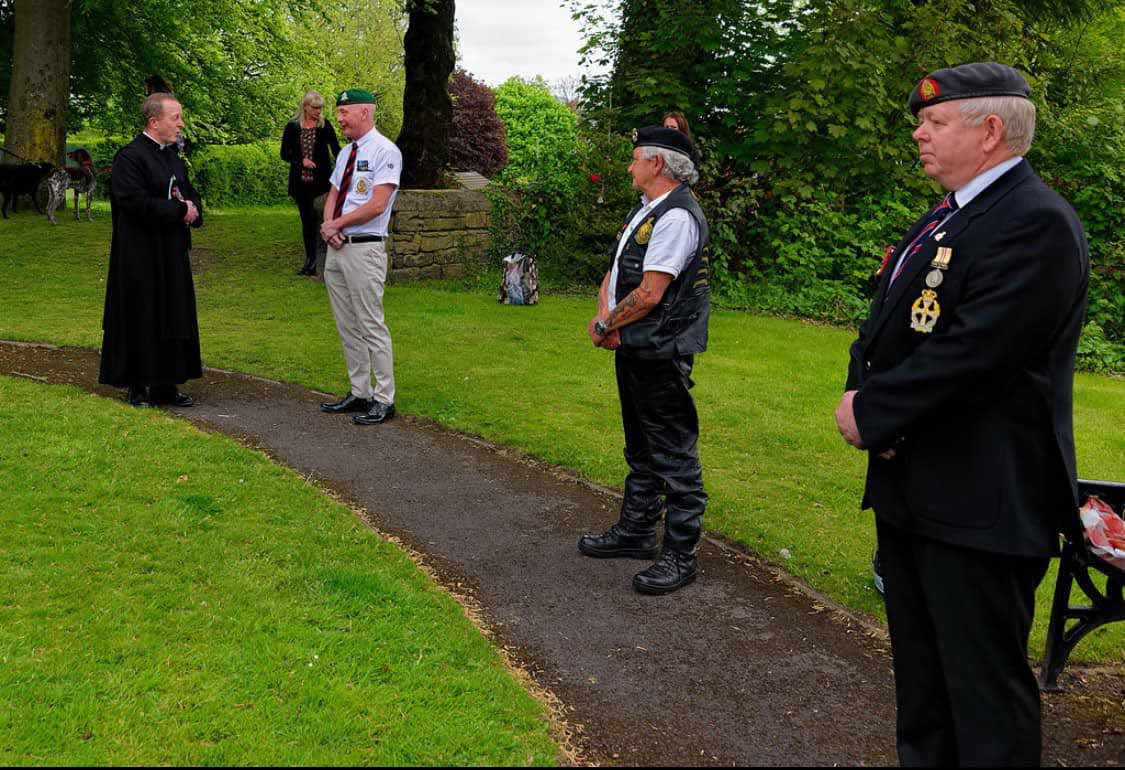