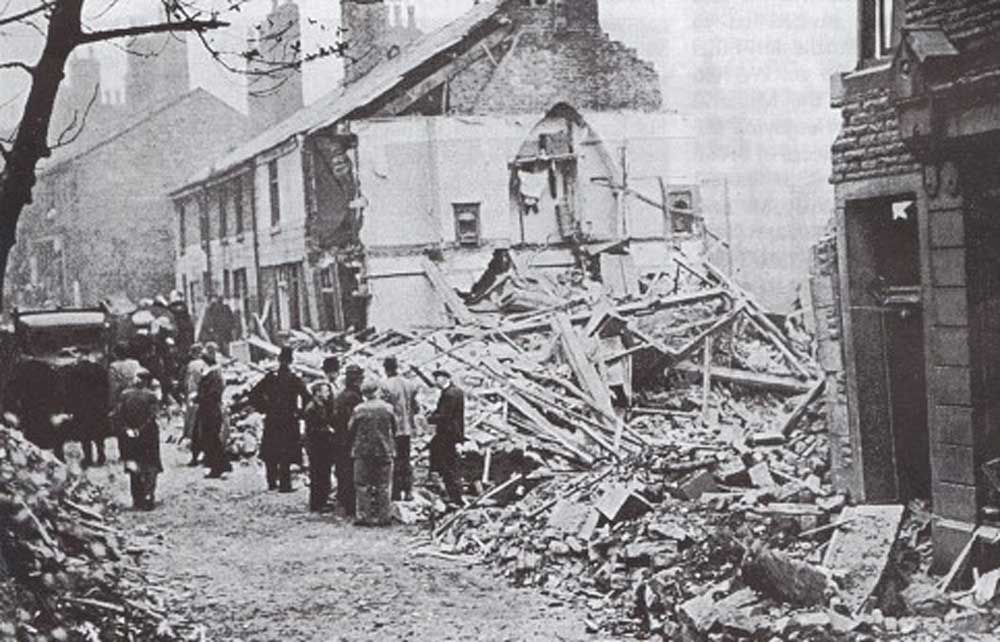 The War appeared to be turning in favour of the Allies. Threats of German bombing raids had gone, even the threat of invasion now seemed remote, as the Home Guard had been disbanded. And while London was still being targeted, we were surely safe up here in the North West weren’t we?!

But the Germans had a new weapon – the V1 Rocket. A bomb with its own jet-propelled engine to carry it great distances, set to explode at a pre-determined point. When the engine cuts out – run and take cover!!

V1 & V2 Rockets were also known as Doodlebugs, Robots, Buzzbombs, Flying Bombs, there were many names for this weapon of terror, or ‘revenge weapon’.

2,420 V1 Rockets landed on London between June 1944 and March 1945 killing over 6000 people. Few reached the North West of England as we were out of range of the launching platforms – but then Germany changed tactics and launched them from planes which flew the rocket part of the way. The bomb that hit Tottington on Christmas Eve 1944 was meant for Manchester. So much for ‘precision bombing.’

Left is a replica V1 at the excellent Eden Camp – a WW2 theme museum in Malton, Yorkshire.

History of the event is courtesy of Lancashireatwar.co.uk

The Dedication Ceremony of the new cabinet inside the Church Hall, which contains memorabilia from the WWII bombing, took place on Christmas Eve.

The ceremony was attended by the children of Sheila Sandford who lived in one of the cottages that was bombed as a small child. Her toy pram ended up in a tree outside Church.

She lived in Tottington until her death in 2021, when I conducted her funeral. The Booth’s are very committed Tottingtonians and together we established a project that would involve the children from Tottington Primary School, undertaking interviews with local people who remember the occasion.

A bespoke permanent half moon oak table is being built to display leaflets telling the tale, and a perspex board explaining the project with a silhouette of the street before it was bombed is also being affixed above the cabinet. This will be funded by the Booth family, and the BBC are going to cover the story later in the year. 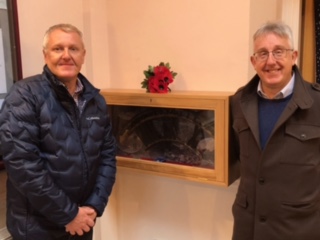 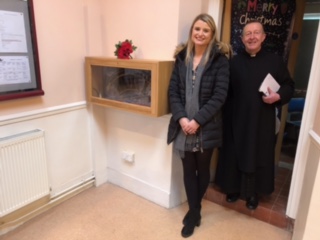 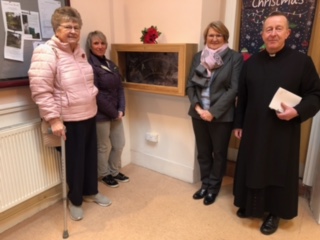