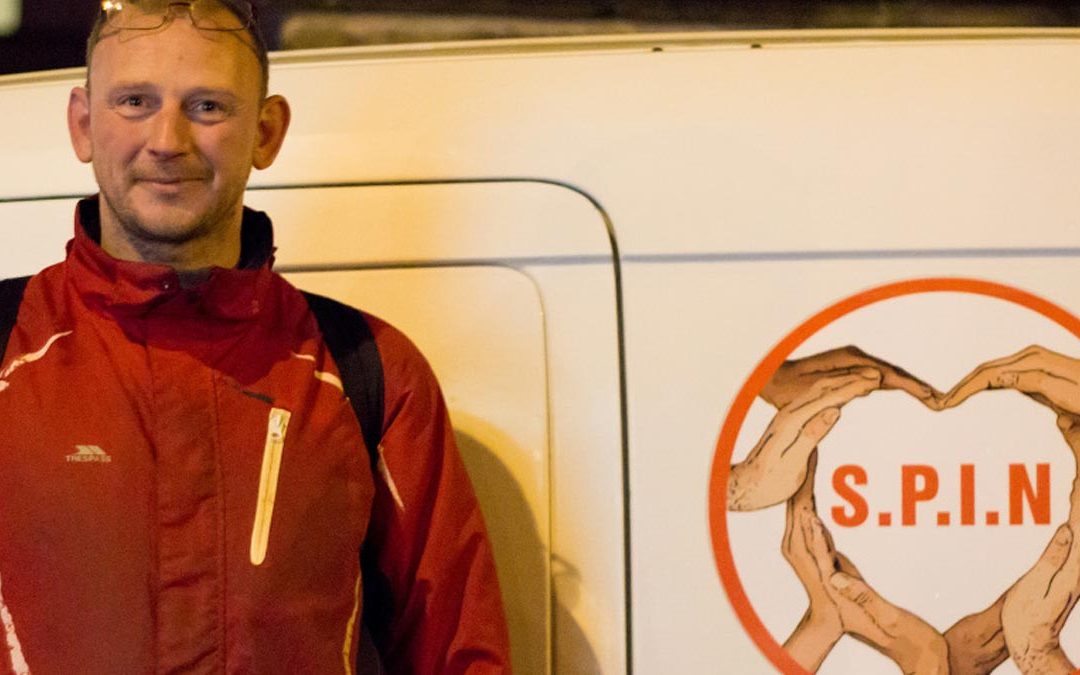 My husband Mike and I recently had a clearout and were searching for somewhere to donate our unwanted things, when we happened upon this charity called
SPIN (Supporting People In Need). They are an absolutely lovely group of people, and very passionate about what they do.

So if you have anything that you would like to donate –
food, clothes, bedding, then Mike will be happy to take it down to them for you, or if it’s something big like a bed or a sofa, they will come and collect it from you in their van for free.

Spin started in 2014 when two brothers took it upon themselves to collect food that would otherwise be thrown away by supermarkets and restaurants and distribute it to the homeless of Manchester.

Walking all around Manchester to deliver hot food gradually evolved into the idea of creating a static kitchen, and through the network they had developed they eventually made it a reality. However, it didn’t stop there, as they were soon offered a project by the pastor of a local dilapidated church in Ardwick, to regenerate it into a sanctuary for the homeless.

Now called The Well, one year later, SPIN brought the street kitchen indoors, in order to put a roof over our homeless friends while they eat hot food in the cafeteria, with proper cutlery and a warm environment.

As the kitchen attracted more rough sleepers, SPIN started to focus on providing accommodation to those people, and now their focus is to welcome even more people in need to The Well.

So from walking the streets from 7pm to 3am every night, the founder John Herstell and his friend Claire Robinson now offer accomodation, food, warmth and a chance to work and reclaim their lives to People in Need.

Several of The Well’s residents put on their gloves and cleaned the allotment recently. This was followed by planting some flowers, designing the above pattern on the front garden and removing any rubbish from the surrounding area. All part of turning The Well into a lovely home for it’s residents.

Mike arrived after finding himself in uncertain circumstances and consequently homeless. We have been able to help him find a full-time job and temporary accommodation at The Well. Here is a picture from his first day as he’s enjoying a breakfast before cycling to work.

Milan’s first piece is now ready for sale as part of The Well’s Furniture Restoration Project. Thanks to all those who donated the tools to make the project possible as it further develops the skills of our homeless friends.

Eyes Down and Tuck in

Over the last few months, The Well has started hosting a Bingo night on Monday, followed by and evening meal, which gives residents a chance to socialise in a calm and relaxed atmosphere. This recent addition to our schedule has been a great success and it’s lovely to see a smile on the faces of many of our residents. 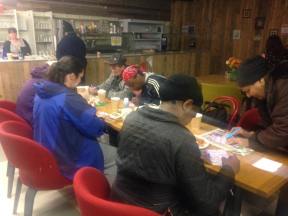 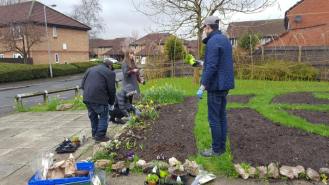 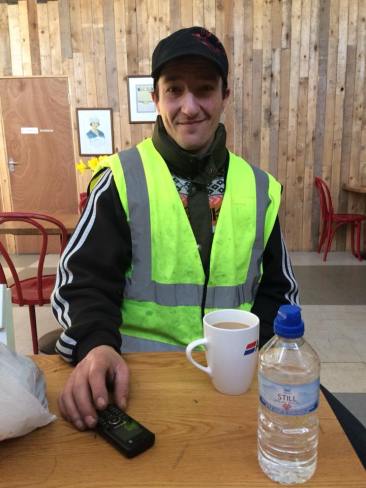 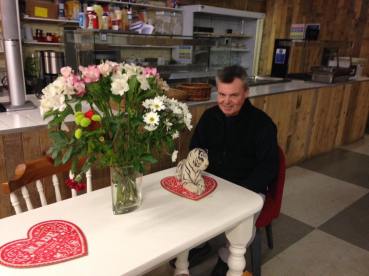 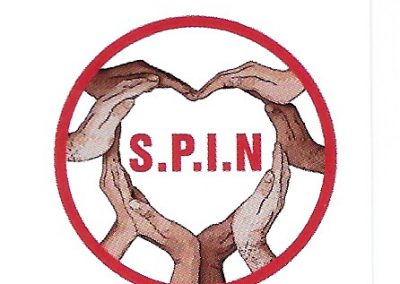 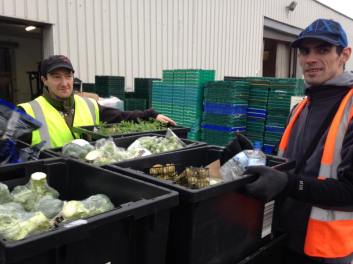