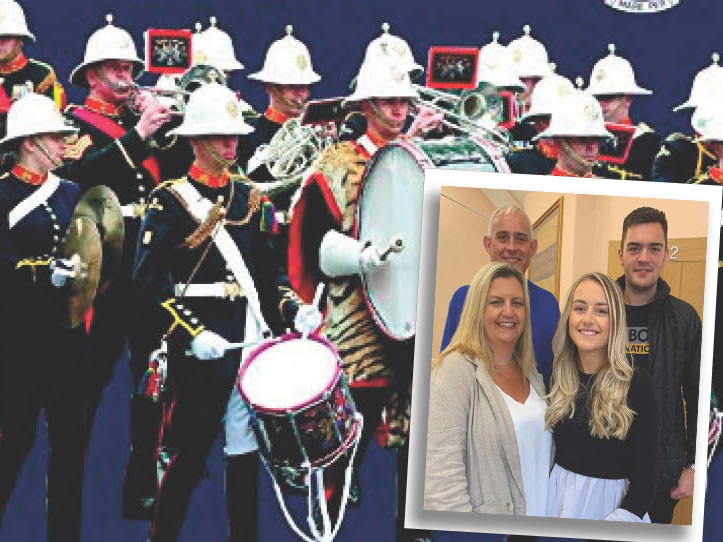 Sarah began to read music at the age of 5 whilst sat outside her brother’s music lesson. She frequently went along with her mother and spent her time looking through music books. She asked her mum to teach her how to read the notes, and within a few minutes she’d picked it up and begun to recognise which note was which.

Sarah also regularly attended Rochdale Music Centre at that time, waiting for Stephen in his ensemble rehearsal. Whilst waiting she was asked if she liked to sing, to which she beamed and shouted yes! That was the start, off she ran to join Rochdale Junior Choir as their youngest member.

From there Sarah took an interest in the flute, beginning with her mum showing her the basics. She took up lessons at Rochdale Music Service until moving to Canon Slade High School, where she had lessons with Christine Brownlow. Her playing went from strength to strength, and she ended her schooling years with her first diploma – Associate of Royal Schools of Music.

During her years of music Sarah has entered many festivals and won many trophies for her playing. Alongside her playing she was also a keen dancer. She was very successful, taking part in many dance festivals and was one of the dancers in the professional pantomimes at Middleton Arena and the Reebok Centre in Bolton. She also auditioned for the English Youth Ballet and on both occasions was successful, first for their production of Swan Lake at Stockport Plaza and then in their production of the Nutcracker at Buxton Opera House. At the age of 11 Sarah took the lead role in the musical Annie and this is where we thought she would forge her career.

Her love of singing has continued and in July this year she performed at the Peine Freischiessen Festival, singing The Rose, accompanied by the wind band. Over 3000 people were gathered in the town square to hear her perform.

Sarah had a difficult decision to make to either go into dancing and musical theatre or continue with her instrumental playing. After having auditioned for both the Army and the Royal Marines she boarded a train on Monday 9th September to begin her journey as a Royal Marine Musician.

She will spend three years at HM Marines School of Music in Portsmouth after which, on successful completion of her training, she will be assigned to one of the five bands. During this time she will also spend 14 weeks in Lympstone, Cornwall at the Commando Training Centre doing military training.
Her dream is one day to sing on the Royal Albert Hall stage as part of the Mountbatten Festival of Music.