Report from the World War One Memorial in Tottington

On a sunny Sunday afternoon a Vigil service was held in a full St Anne’s Church to mark the 100 year and one day on which the Archduke of Austria was assassinated; an event that propelled the whole of western Europe into an armed conflict that was to last four long and bloody years. 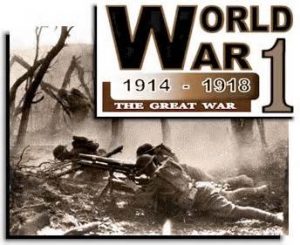 The international scene was set by Major Stephen Douthwaite who gave testimony to the Old Contemptibles whose job it was and against overwhelming odds to stem the German advance. Later on David Nuttal MP read the Commons response to the Archduke’s assassination and the sadness this evoked. A well orchestrated service was put together with the skills of the Church organist and choirmaster and reflected national and local responses to the outbreak of war including a newspaper report from the Bury Times read by Louise Cope and a poem written in Tottington dialect for the men who marched away from the village all those years ago. The latter was read with great sensitivity by Glyn Roberts whose own grandfather was killed in action whilst serving with the 2/5th Battalion of the Lancashire Fusiliers and who has no known grave.

Young people from the Church were very much in evidence – Charlie Dixon and Emma Bradley both offering lit candles to the altar that were later extinguished symbolising the words attributed to the British statesman, Sir Edward Grey who on the eve of World War One referred to “The lamps going out all over Europe”.

The talented musical skills of the cellist Lucy Jackson, pianist Harry Bearn and the voice of Graham Bolton all added to the sense of solemnity, and indeed sorrow, as the assembled gathering reflected upon this most auspicious moment in our nation’s history. Just prior to the final prayers and blessing Paul Dalton strode into Church attired in the battledress of a Great War Fusilier and read correspondence from Pte William Murfitt to his Mother who lived in Hawkshaw – his name is read out every year on Remembrance Sunday from the memorial book in which it is lodged.

As Freddie Bearn lifted the Cross and the Choir processed out everyone present realised that they had been part of something very special.

The Mothers Union had organised refreshments in the hall that allowed folk to sit and chat about what they had been part of and a wonderful exhibition of artefacts and images was set up by Richard Moffat, ably assisted by Sally and Robert. People from the parish had contributed medals, photos, letters and even a battlefield font!

Visitors had come from far and wide from Rossendale School and as far away as London. It is believed that in 2015 a similar event will take place to mark the 100th anniversary of Gallipoli – an event that everyone in Bury should know about. Watch this space