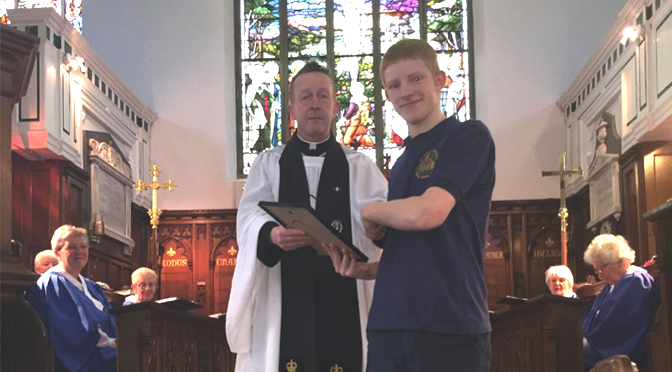 All the members of St Anne’s Scout Group are extremely proud of Josh Young and the commitment and effort he has shown in achieving his Chief Scout’s Gold Award. Having outgrown the Scout section Josh has chosen to stay with the Group and serve as a Young Helper. It is just this sort of commitment, I suspect that the founding father of the Scouting movement Robert Baden-Powell was hoping to inspire when he first established it over 100 years ago. 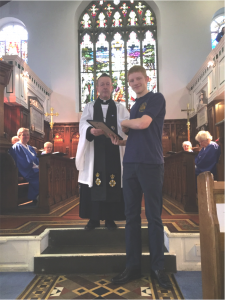 Other than his spirited defence of the small South African township of Mafeking during the Boer War, BP is best known as the founding father of the Scouting movement.

Inspired during the siege of Mafeking by the initiative shown by boys under pressure, BP realised that young people had huge potential that was often left untapped. Already thinking of developing a training programme for young people in Britain, he was encouraged by friends to rewrite a military handbook (Aid for Scouting) for a younger nonmilitary audience.

In 1907 the first ever “camp“ was held on Brownsea Island in Poole, Dorset, to try out ideas and brought together 20 boys from a variety of backgrounds, school boys from Eton mixed with boys London’s East End. The success of the camp spurred BP on to finish what would become a classic book of the 20th century.

“Scouting for Boys” was published in 1908 in six fortnightly parts at 4d a copy, and the movement secured royal seal of approval the following year when King Edward VII agreed to the introduction of the King’s Scout Award.

Scouting is truly open to all and anyone of any, ability, sex, or faith, is welcome to join the movement.

Scouting has grown across the globe and is now estimated to have a worldwide membership of in the order of 30 million, only six independent countries in the world do not allow Scouting. The fundamentals of Scouting and the values to which we aspire are reproduced below:

Integrity
We act with integrity; we are honest, trustworthy and loyal.
Respect
We have self-respect and respect for others.
Care
We support others and take care of the world in which we live.
Belief
We explore our faiths, beliefs and attitudes.
Cooperation
We make a positive difference; we cooperate with others and make friends

We continue to be extremely grateful for the support, encouragement and care shown to the Uniform Organisations by our PCC and those who minister in the parish and beyond. Our current Chief Scout, Edward (Bear) Grylls, mountaineer and adventurer is not shy when it comes to talking about his Christian faith—something he often refers to as the “backbone” in his life.
As a testament to the movement’s diversity and strength this short list of former scouts below will hopefully serve to inspire.

One of the truly inspirational fact about members of the Scouting movement is that of the 12 people that have walked on the surface of the moon, 11 of them were Scouts.