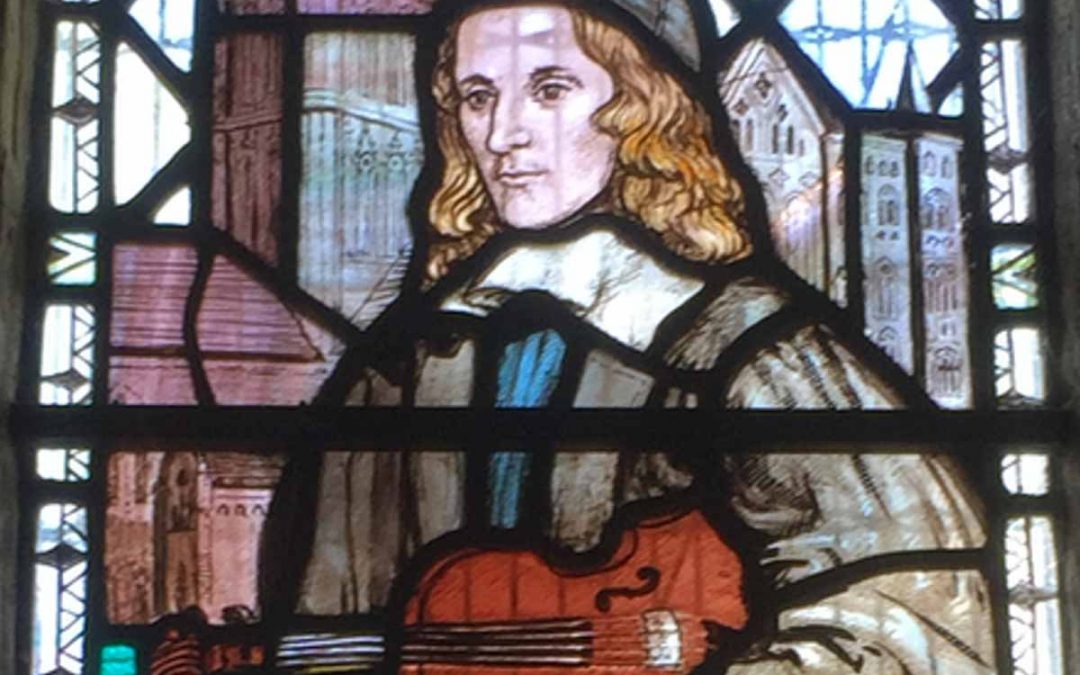 This sixteenth century poet was priest at the little church of St. Andrews in a village in the Wiltshire countryside with the rather quaint name of Fugglestone-Cum-Bemerton. It is just outside Salisbury and is quite significant to me as it was where my goddaughter Abbie was baptised.

George Herbert is recognised as “one of the foremost British devotional lyricists.” He was born in Wales into an artistic and wealthy family and largely raised in England. He received a good education that led to his admission to Trinity College, Cambridge in 1609. He went there with the intention of becoming a priest, but he became the University’s Public Orator and attracted the attention of King James I. He served in the Parliament of England in 1624 and briefly in 1625.

After the death of King James, Herbert renewed his interest in ordination. He gave up his secular ambitions in his mid-thirties and took holy orders in the Church of England, spending the rest of his life as the rector of the rural parish in the diocese of Salisbury. He was noted for unfailing care for his parishioners, bringing the sacraments to them when they were ill and providing food and clothing for those in need. He was never a healthy man and died of consumption (TB) at age 39.

We are most familiar with his poems which have been put to music as well-known hymns:
“Let All the World in Every Corner Sing” with its most familiar tune ‘Luckington’, written in the first half of the twentieth century and which was named after a village in Wiltshire.
“Teach Me My God and King” with the tune ‘Sandys’, a West country tune
“King of Glory King of Peace” with the Welsh 19th century tune ‘Gwalchmai’

I used to enjoy these hymns during our school assemblies at South Wilts Grammar School for girls, knowing that they had probably been composed just up the road from where we were singing them.

* Have a search of these lovely hymns and tunes on Youtube *