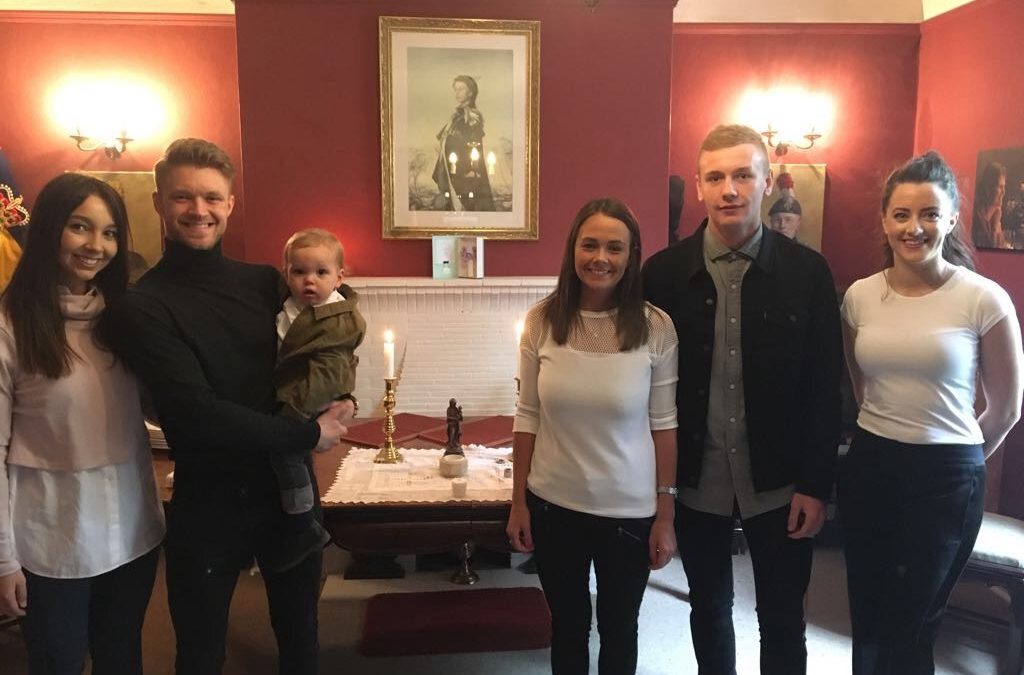 One Sunday morning, and not so long ago, the Vicar found himself locked out of the Church one Sunday following the 10.15 am Holy Communion service. On the face of it this would seem unremarkable were it not for the fact that as he searched frantically for a spare key a party arrived to have their son baptised! Everything on the inside of Church had been set up of course in joyful anticipation of this very important event – the font was full of water, the holy oils were put out on the side, the paschal candle and certificate had been prepared……the only problem was he couldn’t get in.

What to do? Well, to the Vicar, it was pretty obvious. In the twinkling of an eye (or at any rate in pretty rapid time) as the baptismal party hovered in the hallway he set up the Vicarage dining room. A battlefield font used in the First World War and afterwards in missionary work with the Iroquois tribe of Canada in the 1920’s and 30’s was brought out from his study. A pair of brass candlesticks were set at either end of the dining table. Oils from his Sick Communion set were opened, half a dozen service books were found as was a small statue of the Virgin and Child. The service then proceeded and little and Arthur Tuer was made regenerate, welcomed into the Church and began his Christian life.

There is no evidence to suggest that this has ever happened before in the 219 year history of St Anne’s. It is well known that the first Incumbent, the Reverend Thomas Wade, often baptised young babies in the cottages in which they were born but never in his own home. We are reminded of our Lord’s command in the Holy Gospel according to St Matthew (28:19), “Go therefore and make disciples of all nations, baptising them in the name of The Father and of The Son and of The Holy Spirit.” Even in the Vicarage dining room.

The photograph (with permission of Arthur’s family) captures yet another historic moment in the mission and life of St Anne’s.