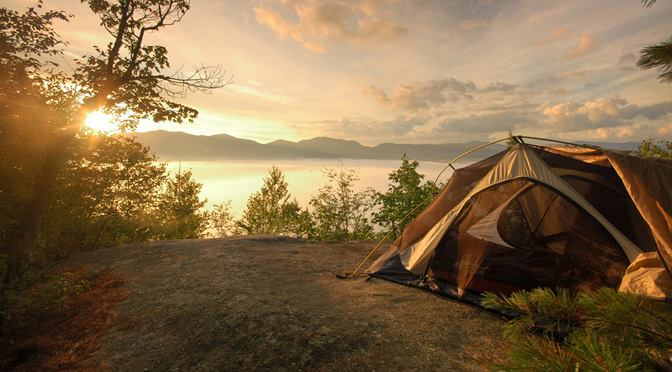 “Camping is a joyous part of a Scout’s life. Living out in God’s open air among the hills and the trees and the birds and the beasts and the sea and the rivers… Take even you sporting “hero” and put him down in the wilderness, alongside a fellow trained in camping and see which can look after himself. High batting averages are not much good to him there! He is only a tenderfoot “

So wrote Lord Baden Powell (BP) in his 1908 publication “Scouting for Boys”.

The 12th Bury Tottington St Anne Scout Group Summer Camp was held at Bowley Scout Camp near Great Harwood in Lancashire, from Friday 12th to Sunday 14th June 2015. Whilst Great Harwood is some distance from the sea and the only “beasts” on offer where some rather benign looking sheep in an adjoining field, thirty five cubs and scouts were able to enjoy the challenge of the great outdoors. 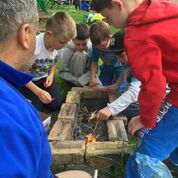 In addition to a high ropes course and zip line, trying archery, building a raft and canoeing, the cubs and scouts were able to improve more than just their “batting average” by having a go at lighting a fire without matches, using open fires to cook and learning how to use knives and axes safely and effectively. 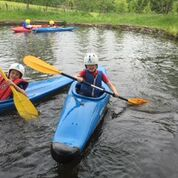 We were fortunate to be blessed with weather far better than forecast, which given what was forecast was not that difficult!

An integral part of any Scout Camp is “Campfire” a traditional gathering of all the scouts and cubs (from all the groups staying on a particular camp site) to sing songs, tell jokes and take part in skits. Although not entirely impartial, in my view 12th Bury led the way. 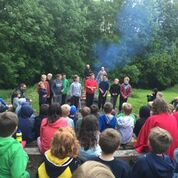 One of the pieces of advice offered by BP in his original publication is a suggested time table for an average day in camp. It is a testament to the endurance and longevity of Scouting that our programme at Bowley would seem reassuring familiar to BP himself with one critical exception.

Take note Cubs & Scouts BP’s programme called for “lights out” and “silence in camp” at 10.00pm!

Another major feature, and I am sure lasting memory of camp is the food. The sheer joy of hot dogs and hot chocolate for supper, a forbidden delight at home! Special thanks should go to the “Camp cook” Hathi (Vikki Wheeler), the Beaver section leader, who missed the honour of the 12th Bury Beavers competing in, and winning the “John Gibson Challenge” – a competition organised by Bury & Ramsbottom Scout District, held at Canon Lewis Hall on Saturday 13th June. Well done Beavers! 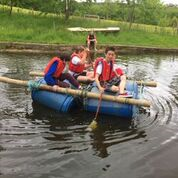 We continue to remain deeply indebted to the Church and the PCC in its wider Mission role within the community, for the support they show the Scout Group as a whole in particular the use of the Church Hall on Friday nights. It is this support which allow us to run activities such as camp.

To return to BP’s advice for a moment “Some people talk of “roughing it” in camp. Well a tenderfoot may find it rough and uncomfortable. But there is no “roughing it” for an old Scout he knows how to look after himself and make himself comfortable. If he has no tent, he doesn’t sit down and shiver or grouse, but sets to work to rig up a shelter or hut for himself” We were all fortunate that due to the skill and organisation of 12th Bury’s Cub leader Rikki (Stephen Wardle) there was no question of “roughing it” 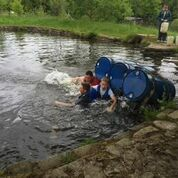 Like most things in life little can be achieved without organisation and leadership. In the case of any camp the administration is a herculean task the burden of which was borne with grace by Rikki who once again gave generously of his time not only to run the camp but to organise it as well, we are all indebted, Cubs, Scouts, Helpers and Leaders