An Actor’s Life For Me 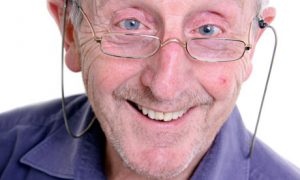 To try something different for a fundraiser, a lunch was arranged with a guest speaker. This was held on a Tuesday and 59 people attended. Everybody was well fed and then were entertained by Jim Whelan, who, if you are not aware, is the Vicar in Coronation Street.

Jim told us of his early life in Salford, how he got into acting, and then finally about some of the shows, television films and other films he has acted in.

He told us that he has appeared in Coronation Street in every decade since it started and mentioned some well-known names of actors and directors he has worked with.

Jim did not want a fee for his afternoon with us, but at his request, £150 will be donated to Bury Hospice.

The remaining money will go towards the Hall.

A massive thanks to the ladies who worked in the kitchen. The next fundraiser is the Four Nations Dinner, which will be held at Greenmount Golf Club on 9th May.

Gill and I will not be cooking this time – we are going to enjoy ourselves!

Thanks to everyone who supported.