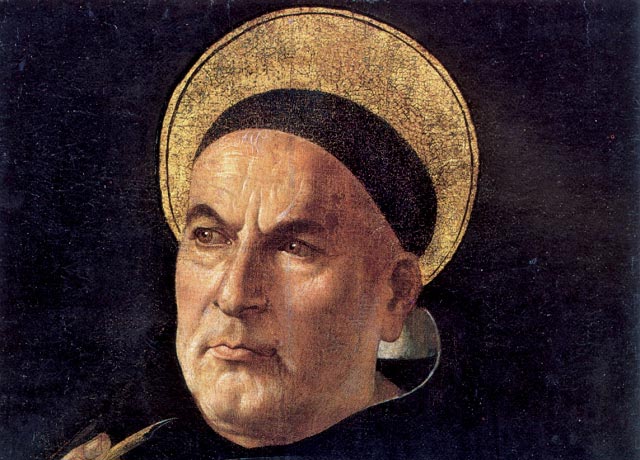 When we explore the writings of the Saints, it must be said that the collection of words and thoughts by some of the wisest men and women in Christian history, from it’s origins until the present day, will give some inkling to the enquirer of that life, which is Christ.

We will all find refreshment and inspiration in these magnificent expressions of faith. St Thomas Aquinas, whose feast day is January 28th, was one in history I came across during my studies as a reader.

What an outstanding philosopher and theologian he was, and because of such intellect and teaching, he became the patron of students and the Catholic Church Schools of the 13th century.

St Thomas Aquinas was one of the most influential medieval thinkers of Scolasticism. He was born in Roccasecca in Sicily in 1225 and died in 1274, and in his fairly short life made a remarkable impact in Christian philosophy and teaching.

His mother was told that he would enter Holy Orders and following the tradition of the period he was sent to the Abbey of Monte Cassino to train among the Benedictine monks.

He remained there until he was 13 years old when the political climate forced him to return to Naples in Sicily and there to continue his education. He attended the University of Naples in 1243 and in that year he secretly joined an order of Dominican monks, but when his family found out they were furious and actually kidnapped him for a year. Following his release in 1245, he again joined the Dominican Order, continued to excel in his studies and also taught at the University of Paris. After completing all his education he devoted his life to travelling, writing, teaching and reading.

His work went on to discuss faith and reasons in both perceiving and proving the existence of God and the understanding of the Eucharist. His influence has reached many in Life, Philosophy and Theology and certain hymns we use today to dedicate to the Holy Communion are attributed to St Thomas Aquinas.