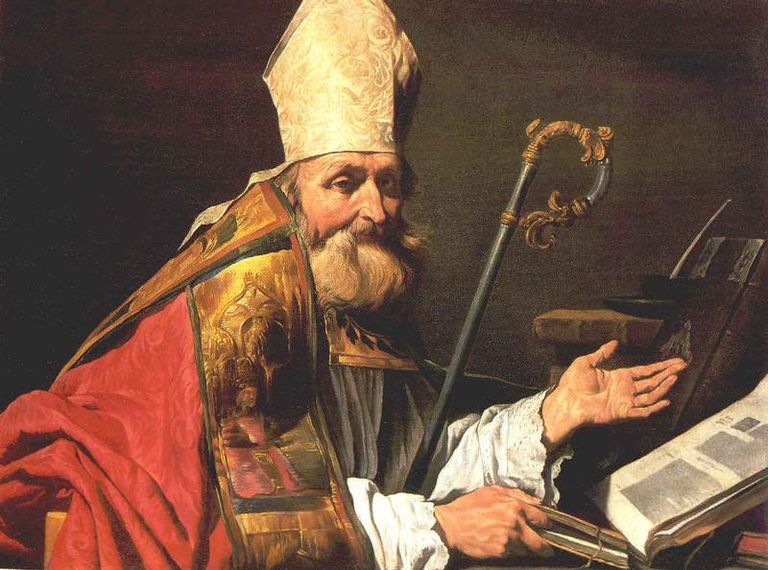 The Feast Day of St Ambrose is the 7th of December. He was born in 339 and died in 397 in Milan, Italy.
He is a very important Father of the Church and is notable for his influence on Augustine of Hippo. Augustine, who was fifteen years his junior, heard Ambrose preaching whilst on a visit to Milan.

There is a wealth of information about Ambrose, his life and his work. He was born into a Roman Christian family and his father Ambrosius was praetorian prefect of Gallia, one of the four great prefectures of the Roman Empire. His mother was a woman of intellect and piety and a member of the Roman family Aurelii Symmachi. After the early death of his father, the family moved to Rome where Ambrose studied literature, law and rhetoric.

Ambrose was the youngest of three children. Marcellina, his sister was ten years older and became a nun. His brother Satyrus, upon the unexpected appointment of Ambrose to the episcopate, resigned a prefecture in order to live with him and take over managing the family affairs.

Following in his father’s footsteps, Ambrose entered public service and became the Governor of Aemilia-Liguria in northern Italy until 374, when he was chosen to succeed the Bishop of Milan (an Arian). This was not something that Ambrose was pleased about and he fought against it by hiding, but within a week Ambrose was baptized, ordained and duly consecrated Bishop of Milan on 7th December 374. The Arian controversy that had dominated the first part of the 4th century resulting in the Council of Nicaea in 325 (from which the Nicene Creed is composed) was still ongoing. Ambrose spoke out against Arianism, which denied the Trinity, thus the Church declared Arianism a false doctrine.

Augustine gives us a firsthand account of his meeting with Ambrose, and of the influence he had on him in finding God in his Confessions. Thus Ambrose was responsible for Augustine’s conversion to Christianity and Baptism into the faith at a time when the young Augustine was looking for truth.

‘So I came to Milan to Ambrose the Bishop, known throughout the world as among the best of men, devout in Your worship. I was led to him by You.
That ‘Man of God’ received me like a father and expressed pleasure at my coming with a kindness most fitting in a bishop.’