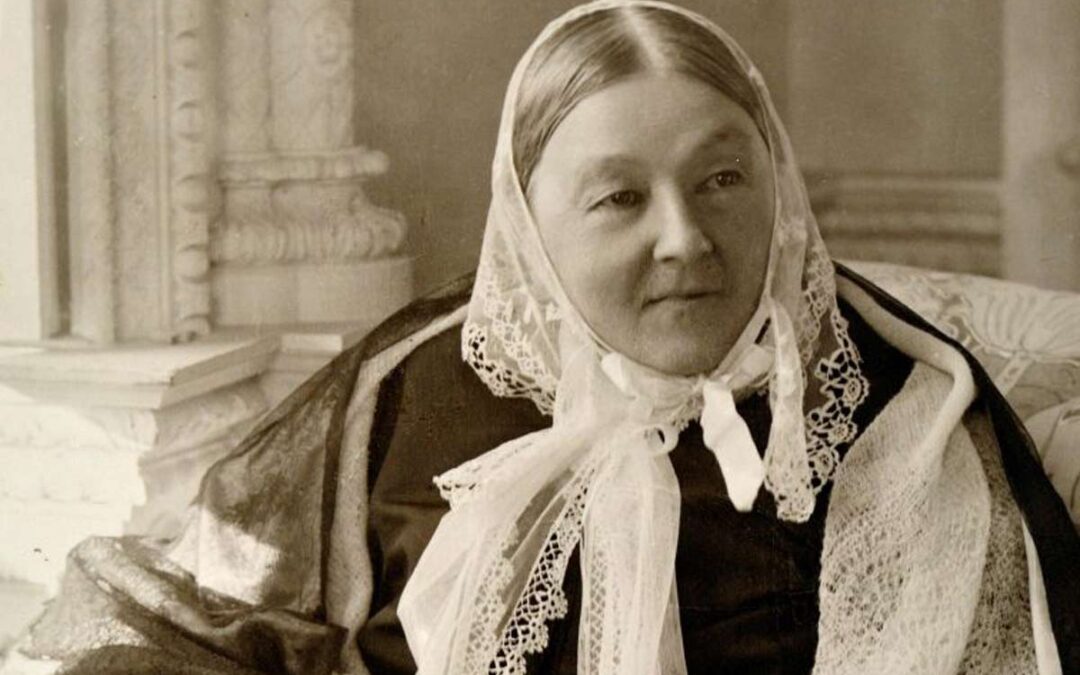 On the 13th of August the Church of England commemorates the life, work, and faith of Florence Nightingale OM RRC DStJ.

It is no hyperbole that the nursing profession as we know it today exists largely because of Florence Nightingale. Florence was born on 12 May 1820 into a wealthy and
well-connected British family. She had an unconventional upbringing being schooled in classics, mathematics, and the sciences by her father, and was far better educated than most of her contemporaries.

Her family were theologically unorthodox, belonging to the Unitarian Church – that denied the trinity and the incarnation of Jesus.The family also had a political heritage – her grandfather having been a parliamentarian who had campaigned against slavery with William Wilberforce.

A few weeks before her 17th birthday, she wrote in her diary ‘God called me in the morning and asked me would I do good for him alone without reputation.’ However, it was not until 1850 that she found her true vocation when she visited a Lutheran religious community in Germany, where she observed the pastor and the deaconesses working for the sick and the socially deprived. She regarded the experience as a turning point in her life and returned to England to gain formal training as a nurse.

What is seldom talked about is Florence’s faith. Apart from espousing a call from God, what evidence do we have that she had any Christian faith? It turns out that Florence was also quite a theologian with simple mystical bent. Her extensive theological writings were printed in an 800-page manuscript, Suggestions for Thought, which was circulated to a few trusted friends but unpublished during her life.Though brought up a Unitarian, she had adopted the Church of England, but eschewed both the Anglo-Catholic ‘high church’ and the Evangelical ‘low church’. Instead, she was firmly at home in the liberal wing of the Anglican church.

Is she a Christian hero or heretic? She did not share mainstream Anglican beliefs about the nature of Jesus, God, humanity, and atonement. In that she was on the heretical end of the spectrum! However, what Florence shows us is that our worship of God is truly worked out in our care for others, and that we all have a calling from God to work with Him to achieve His kingdom in this world. Her lasting legacy is to show us that the care of the whole person is central to nursing and medicine.The care of the spiritual needs of patients goes hand in hand with hygienic practice and clinical interventions.

Something which we all have a great deal to be thankful for generally but especially at the current moment in time.