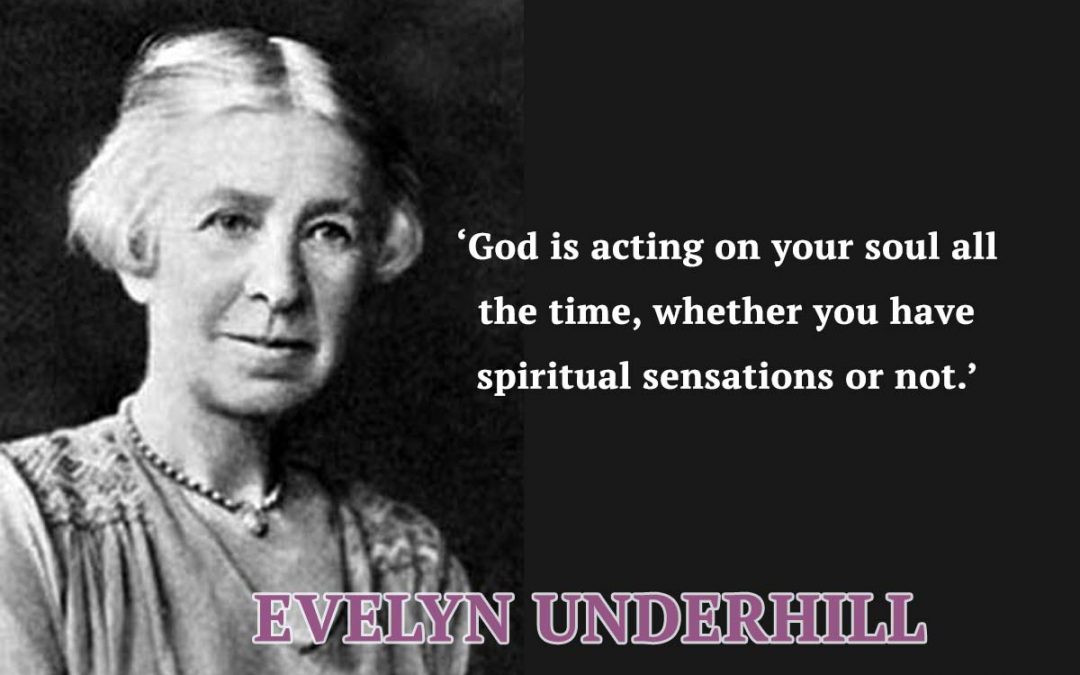 Christianity is a religion which concerns us as we are here and now, creatures of body and soul. We do not “follow the footsteps of his most holy life” by the exercise of a trained religious imagination, but by treading the firm, rough earth, up hill and down dale. Faith is not a refuge from reality. It is a demand that we face reality …

These words of Evelyn Underhill, whom we commemorate on the 15th June, seem startlingly apposite to our current situation.

Evelyn was born in Wolverhampton 1857 and died in 1941. She was a poet and novelist, as well as a pacifist and mystic. Her lifelong interest in mysticism was self- grown. She had numerous mystic experiences as a child and it became a lifelong quest to understand their meaning, quite unsupported by her parents or, later, her husband.

Initially an agnostic, she was increasingly drawn to Catholicism and against the objections of her husband, eventually became a prominent Anglo-Catholic. Her spiritual mentor from 1921 to 1924 was Baron Freidrich von Hugel, who was appreciative of her writing yet concerned with her focus on mysticism. She described him as “the most wonderful personality. So saintly, truthful, sane and tolerant” and was influenced by him toward more charitable, down-to-earth activities. After his death in 1925, her writings became more focused on the Holy Spirit and she became prominent in the Anglican Church as a lay leader of spiritual retreats, a spiritual director for hundreds of individuals, guest speaker, radio lecturer, and proponent of contemplative prayer.

Two other quotations also seem of particular relevance to today….“God is acting on your soul all the time, whether you have spiritual sensations or not.” “Love is creative. It does not flow along the easy paths, spending itself in the attractive. It cuts new channels and goes where it is needed.”