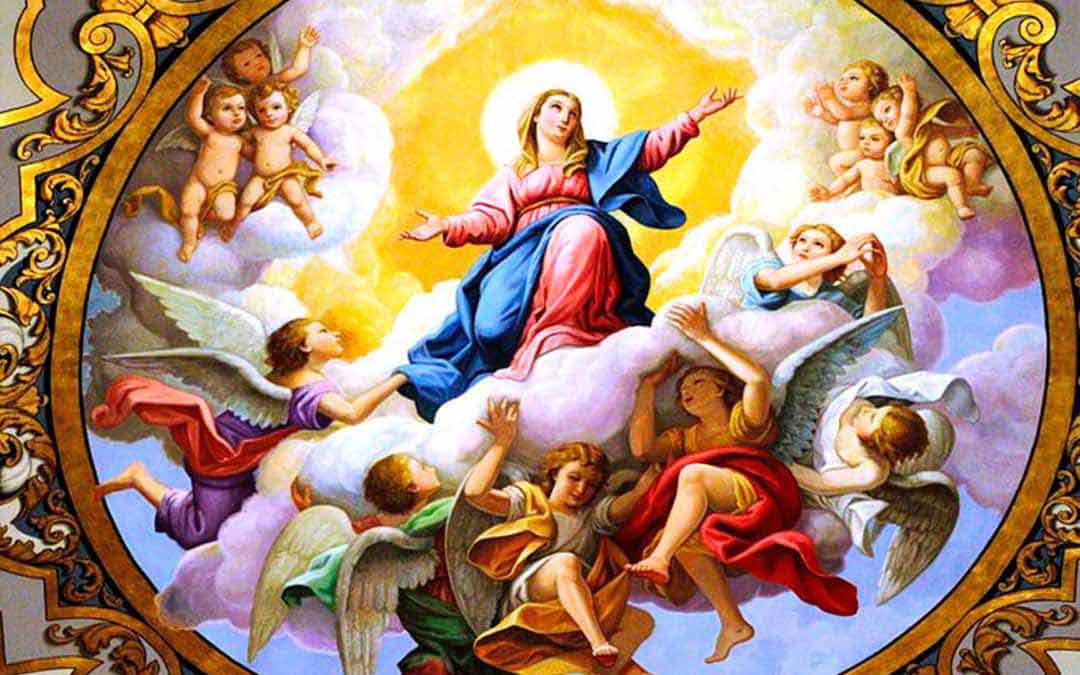 In August the Church of England Common Worship lectionary provides for the Festival day of the Blessed Virgin Mary, – 15 August to be precise. One of the interesting principles upon which Common Worship was fashioned was ecumenical consensus; hence the switch to observing the Festival on 15 August alongside most of Christendom (although a footnote in the Common Worship Calendar does allow those who wish to, to stick with 8 September by recognising her Nativity (birth) as a Lesser Festival). A celebration of the Blessed Virgin Mary on 15 August in the Church of England, as in other provinces of the Anglican Communion was recognised in the report of the Second Anglican-Roman Catholic International Commission Mary: Grace and hope in Christ, as being of importance in this regard.

It is generally considered that this change has encouraged an increasing interest in the observance of the Festival the purpose of which is not to commemorate an event, either at the beginning or end of Mary’s life, but rather to celebrate the totality of her unique vocation, as it reflects both her lowliness and her glory as the Mother of Christ.

Theologians often refer to Mary as the theotokos a Greek word that means “one who gives birth to God” or more literally “God-capsule”. Anglican Marian theology is a fascinating subject and one that it would be impossible to do justice to in this short article.

Historically many of the significant English saints were, as is evidenced from their writings, clearly devoted to Mary penning numerous prayers about her. Richard of Chichester and Thomas Becket appear to have been devoted to Mary, but arguably the English saint best known for his devotion to Mary was Saint Anselm of Canterbury, who wrote several prayers dedicated to “My most merciful lady”

One aspect of the English Reformation was a widespread reaction against Mary as a mediatrix (a mediator) alongside Christ, or sometimes even in his place! Such exaggerated devotions to Mary, were criticized by Erasmus and Thomas More and ultimately rejected by the Church of England. This rejection of any overt devotion to Mary consequently diminished her place in the life of the Church of England.

The impact of liturgical renewals of the 20th century however has been to establish a new acknowledgement in Anglicanism for the place of the Blessed Virgin Mary. In most Anglican prayer books, Mary is again now mentioned by name. Indeed, the Common Worship liturgical prayers (Collect, and Post Communion) for the Festival Day recognise Mary’s significance. So on 15 August it is now considered appropriate to once again unite in the Marian festival that was popularly known in medieval England as “Our Lady in Harvest time”.