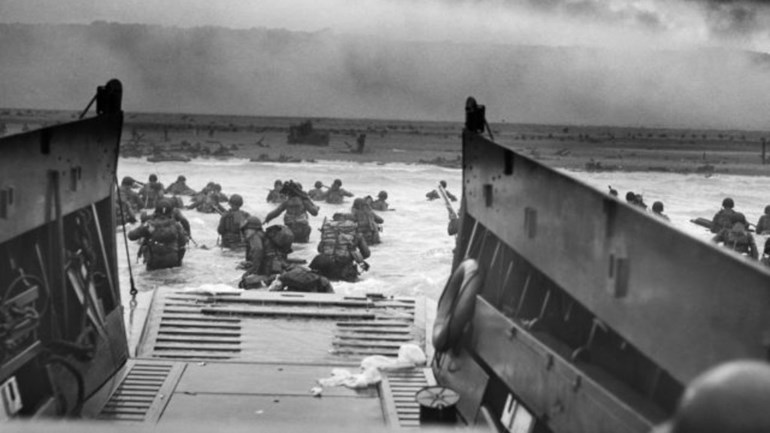 Tottington St Anne’s parishioner Carl Horrocks is fundraising for SSAFA, an Armed Forces charity by taking part in the D-Day Cycle Ride, a four-day event which takes place from 4th to 8th September 2019. His motivation is simple – he says, “I’m planning to ride 280 miles for SSAFA because they support our military and families”.

The D-Day Cycle Ride will commemorate the cycling soldiers and the part they played on 6th June 1944 and the following Battle of Normandy. The Ride will include all the beaches used for the landings and head inland to include the key locations that were the first to liberated. Riders will have an option of riding either approximately 50 or 80 miles per day.

The Bicycle In World War 2

Thirty years earlier at the start of the Great War armies used horses and most had Cycling Battalions. In 1944 Europe had seen German Panzer divisions help capture large parts of Europe at great speed, The Air Force had won the Battle of Britain and many cities had suffered sustained bombing campaigns. The German Army had started to deploy the V2 rocket. Fuel was a precious resource and so the soldier at his bicycle still had a key role to play.

SSAFA believe that not only will this be a fantastic cycling event but it will be an appropriate way to pay respects to those cyclists from 75 years ago who were among the 156,000 soldiers that landed in Normandy to begin the long journey on the road to Berlin.

Carl has already started training for the bike ride although he’s finding the going tough: “It’s early April and I’m still struggling to get out for early morning rides – I aim to kick off my training programme properly this month. I have done regular short rides but need to get back to the 50 mile plus runs of last summer!”, he told us.

Let’s help Carl on his way by donating via his Just Giving page by clicking the link below:

More information about SSAFA can be found here: Visit the SSAFA website by clicking here