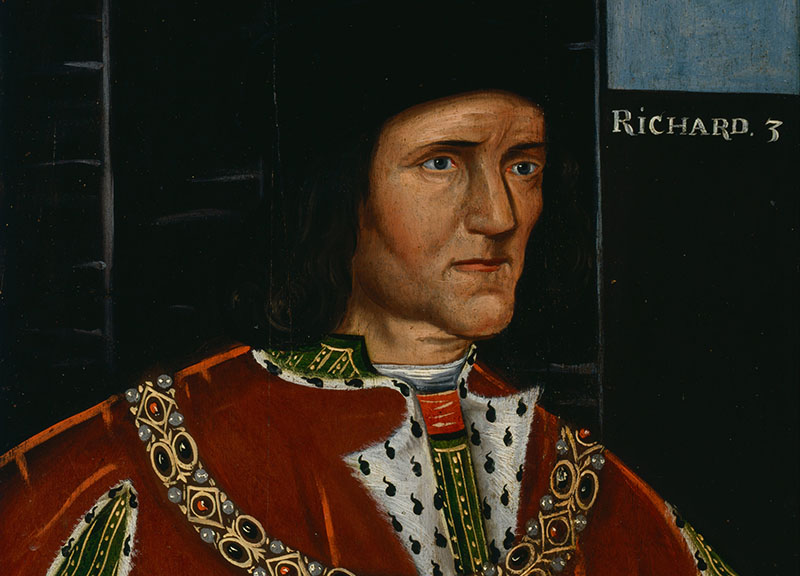 There was a good turnout for our visiting speaker on the unearthing of the remains of Richard III.

Many of you will remember the media coverage of this amazing discovery back in March 2015, following years of research and the archaeological excavation that began in August 2012.

The driving force behind this amazing journey from discovery to re-internment was Phillipa Langley, a screenwriter and secretary of the Scottish branch of the Richard III Society. She commissioned the research and gathered together a specialist team to search for the remains of the buried king.

There was written historical evidence to suggest that Grey Friars Church was Richard’s burial place following his death at the Battle of Bosworth, in 1485. Phillipa approached the University of Leicester Archaeological Society to see if they would be prepared to conduct an archaeological exploration of the Greyfriars site and the possible location of Richard’s body. She also obtained consent from Leicester City Council. Maps of Leicester dating back to 1741 showed the area of Greyfriars and revealed that fortunately much of the area had not been built on.

The area outlined for the ecavation was a car park. There were concerns that the dig may not go ahead due to a lack of funds, but the Richard III Society raised £13,000 in a mere two weeks! Also to support this amazing dig was the fact that a descendant had been traced to a lady in Canada through the female line, Richard’ sister Anne, the Duchess of Exeter, some years earlier. Joy Ibsen had died, but her son, Michael Ibsen, who was living in London, agreed to give a DNA sample. A further descendant was located, Wendy Duldig, who was also prepared to give a DNA sample. When the two were compared the results showed that they shared a common female ancestry.

During the excavation the top of a skull was found in the area of the choir. This suggested that this was a high status burial and the possibilty that these remains could indeed be those of a king. On excavation it was noticed that this person had scoliosis (curvature of the spine). Shakespeare had portrayed King Richard as a hunchback. The remains were taken to Leicester University, where Dr.Turi King conducted the research. Carbon dating of the skeleton took place and she also managed to obtain a DNA sample.

We were given the details of how this male person died and it was clear from the gruesome injuries to the skull that these would have been inflicted in battle. He had died a violent death. Once all the research had taken place, together with the technical DNA profile, the conclusion drawn was that this skeleton was 99.99% that of Richard III. What an amazing discovery!. The timing was unbelievable, as had this discovery taken place earlier DNA analysis would not have been advanced enough, and much later we may not have had a descendant to take a DNA sample from, as Michael being male could not pass on the female DNA and Wendy hasn’t any children.

The reburial of Richard’s remains took place in Leicester Cathedral on 26th March 2015. The Archbishop of Canterbury Justin Welby presided. The coffin and casket were made out of English Oak by Michael Ibsen. In the casket soil was placed from the area of Richard’s birth, Fotheringhay Castle, Middleham in Yorkshire where he spent most of his childhood, and Bosworth, the battlefield where he lost his life, with an inscription inside: LOYAULTIE ME LIE – LOYALTY BINDS ME.