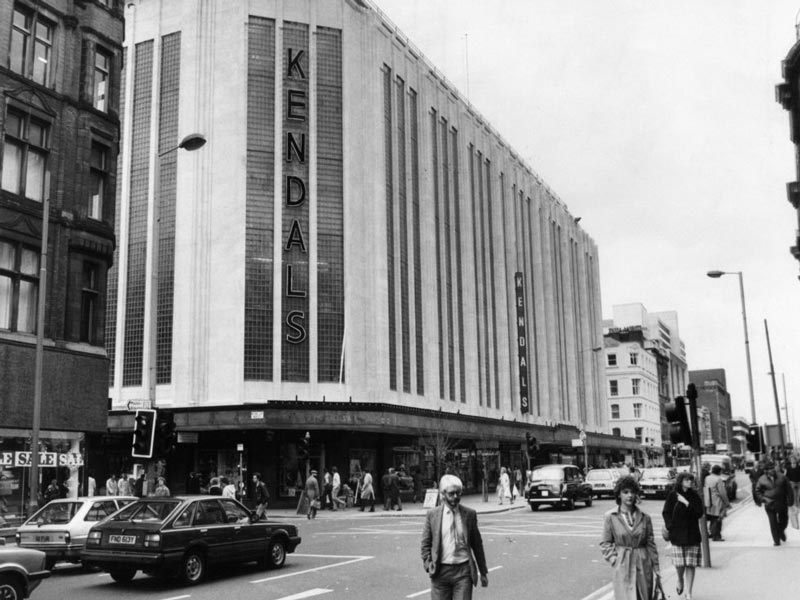 Our meeting on February 18th opened with a service led by Bridget.

In the absence of Margaret, who was on holiday, Mavis read out a card from the Duckworth family, thanking our members for attending Betty’s funeral and forming the Guard of Honour. They’d included a poem written by Betty about a Mystery Trip for the M.U. in the 1990’s. I don’t think many of us realised how talented she was at writing poetry. The family had also provided a book for us to share our memories of Betty.

Annie had a message from Pat Scott to say she was missing us all, but had settled in Ripon and would be visiting Church on the 10th of May, so look out for Pat on that day. Janet Gorton treated us to wine to celebrate her 80th birthday.

Mavis then introduced John Consterdine to give his talk on Old Manchester. John lived in Crumpsall as a boy and now lives in Prestwich with his wife of 30 years and 3 children. He drives a black cab in Manchester and in 2008 he took and passed a Guided Tours Course. He started his Manchester Taxi Tours in 2012 and only one year later in 2013, won the Tourism Star of the Year Award. He told us that Manchester became a Roman settlement because of the rivers at either end of Deansgate, which was the old Roman road.

Another important waterway was the Bridgewater Canal, built by the Duke of Bridgewater to transport his coal from the mines at Worsley. It was the first canal ever built in Britain, and there are 46 miles of canal to Castlefield.

Manchester started to grow as an industrial town and needed the best transport. The Liverpool and Manchester Railway was the first ever steam powered, passenger line in the world. It’s Manchester terminus was Liverpool Road Station, now home to the Science and Industry Museum.

The first Town Hall was on King Street, but when Manchester became a city a new one was built. A competition was held, and was won by Alfred Waterhouse, who also designed the Natural History Museum in London. It’s one of the most important Grade One listed buildings in England. The golden ball on the roof signifies the cotton industry and the spikes leading from it represent trade around the world.

Goods coming into Manchester had first to be docked at Liverpool but they also took the bulk of the profit, so the Manchester Ship Canal was built so that goods could come straight into the city. Traﬀord Park was the first industrial park in the world, and Manchester University was the first to oﬀer degrees for women and was also non­conformist.

Some more recent milestones include the introduction of trams in 1992 which now branch each way in and out of Manchester. and the hosting of the Commonwealth Games in 2002, which led to the whole area being developed as Sport City with the Etihad Stadium and the National Cycling Centre’s Velodrome to name just two important and prestigious venues.

John gave a most informative and interesting talk and was thanked on our behalf by Dot Heaney.

The meeting ended with tea and biscuits.