On Tuesday the 19th of August
Forty ladies, two men and two boys went to meet
A coach at its point of departure
Near to the top of Laurel Street.
The forecast was poor – wind and showers –
So all were suitably clad.
Despite whatever the weather,
A good time was going to be had.

The driver said he had no music
– he was driving a coach not his own.
He needn’t have worried, the chatter
Any light music would drown!

In bright sunshine we drove up through Preston
For coffee we did pre-arrange
And a browse through the many departments
Of vast garden centre Barton Grange.

On returning to the coach with our booty
bags of pansies, and flowers by the bunch,
It was agreed that our next destination
Should be Cleveleys – to arrive before lunch!

There were plenty of welcoming cafes
With ‘al fresco’ seats or inside,
All serving Fleetwood Specials-
Haddock sand chips, peas on the side. 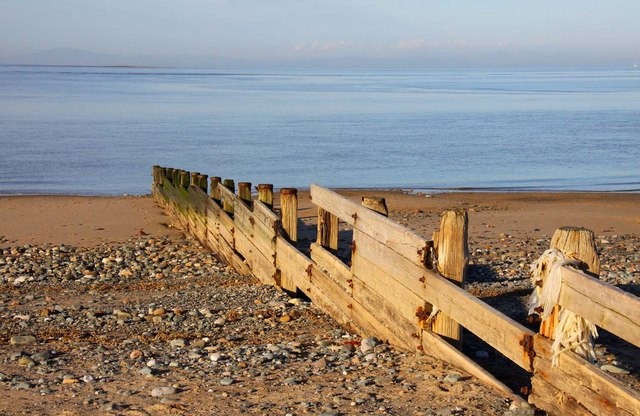 After eating, some walked to the seafront
Newly refurbished and splendid to see.
Some sat on the many new benches
Some paddled in the splashing sea.
Some caught the tram to Fleetwood
Some ran and played on the sand
Whatever had been their occupation
All agreed it had been simply grand!

We returned to the cafes before coach time,
-afternoon tea was a popular choice
Cream jam scones and a cuppa
Was requested with unanimous voice.

The return journey was equally sunny
Not a cloud in the sky all the day.
We gave a round of applause for the driver
And Elsie who arranged our Wonderful day!

1. Diocesan M.U. Festival will be held on Wednesday, September both at 7.30pm in the Cathedral.
The Preacher will be the Bishop.

2. The next meeting on September 16th, when the speaker will be Gordon Bartley, his topic ‘Iceland – the Land of Ice and Fire’

3. Advance notice of the Annual Open Evening on October 21st.
This will be a three course meal, with entertainment by Mike Hammer.
He plays a variety of music including pops, oldies, ballads, Celtic, Show tunes, 40’s, 50’s, 60’s.
Tickets will be available soon from Val Rayner priced at £6.
Please bring friends and husbands, to support.