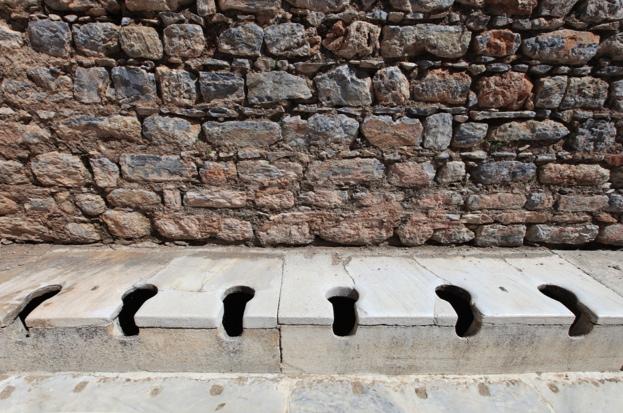 Members met in Church for a short service led by Bridget. After various announcements our speaker for the evening, Mr. Anthony Poulton-Smith was introduced. His talk was entitled “When Nature Called”. I, amongst most other members expected a talk about local nature, but we were in for a surprise when we were told that the talk was about the history of Public Toilets!!

He traced the story from early ages, with holes in the ground, until the present day, with much more sophisticated bathrooms in homes and towns. Obviously large houses of the wealthy people were the first ones to have flushing toilets in their own homes. Gradually, over the years, all houses had their own ones and did not have to use communal ones, used by the whole streets of homes.

Of course when porcelain was first manufactured, toilet basins etc. were the items to be mass produced. There was no toilet paper as we know it, but the first single sheet paper was available in 1857, and toilet rolls in 1926. Previously moss, grass and leaves were used, then rags! The Romans used sponges on sticks. When daily newspapers became readily available, these were cut into small squares, threaded with string and hung upon a nail ready for use.

We are quite spoilt these days with our soft, many coloured paper!

Mr. Poulton-Smith was thanked by Rita King for his unusual talk.