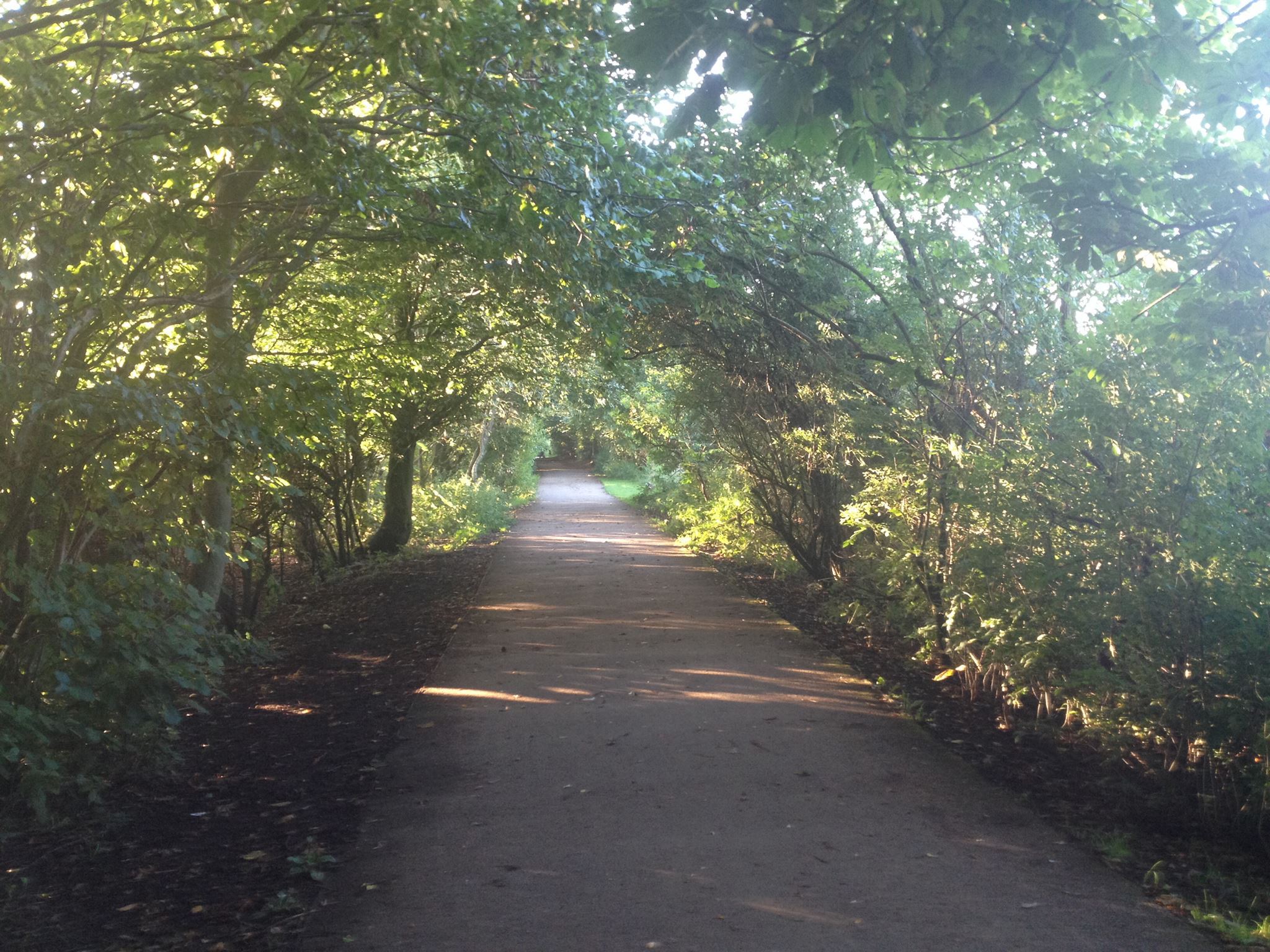 On a beautiful, sunny June evening, twenty Mothers’ Union members and friends started out from church to walk along Royds Street to Kirklees Street and to the site of the former railway station. The group then walked down the former lines – now a designated footpath – to Sunnywood Lane, where they turned onto Kirklees Field. The former football field has had a new footpath made around it, which was new to many members of the party.

Turning back towards Kirklees Street, the ladies walked on towards Tower Farm, passing a new footbridge. Afterwards the group walked companionably along Shepherd Street and back along the lines to Kirklees Street, where they walked up to ‘Next Door’ on Market Street. There they were joined more M.U. members (43 in all), for a delicious supper, prepared by Mrs. Jackie Crump.

Despite only having arrived back from holiday that same morning, Mrs. Crump had prepared a choice of roast ham, poached salmon, or slices of quiche, served with freshly baked rolls, new potatoes and salads. Choices of dessert followed; Bailey’s Cream Cheesecake, or Strawberries & ice-cream in a brandy basket. (Some ladies found this a difficult decision to make!).

Marion thanked Mr. & Mrs. Crump and helpers for their delicious food and excellent service. She announced to the entire party that the August meeting would be a trip to St. John the Evangelist, Accrington, as guests of their Mothers’ Union, to hear a talk on their Chapel, dedicated to the ‘Accrington Pals’. There will be a light supper afterwards provided by their Mothers’ Union (no charge, but donations invited). A coach will be arranged – details of times and costs given later. Please give names a.s.a.p. to Marion.