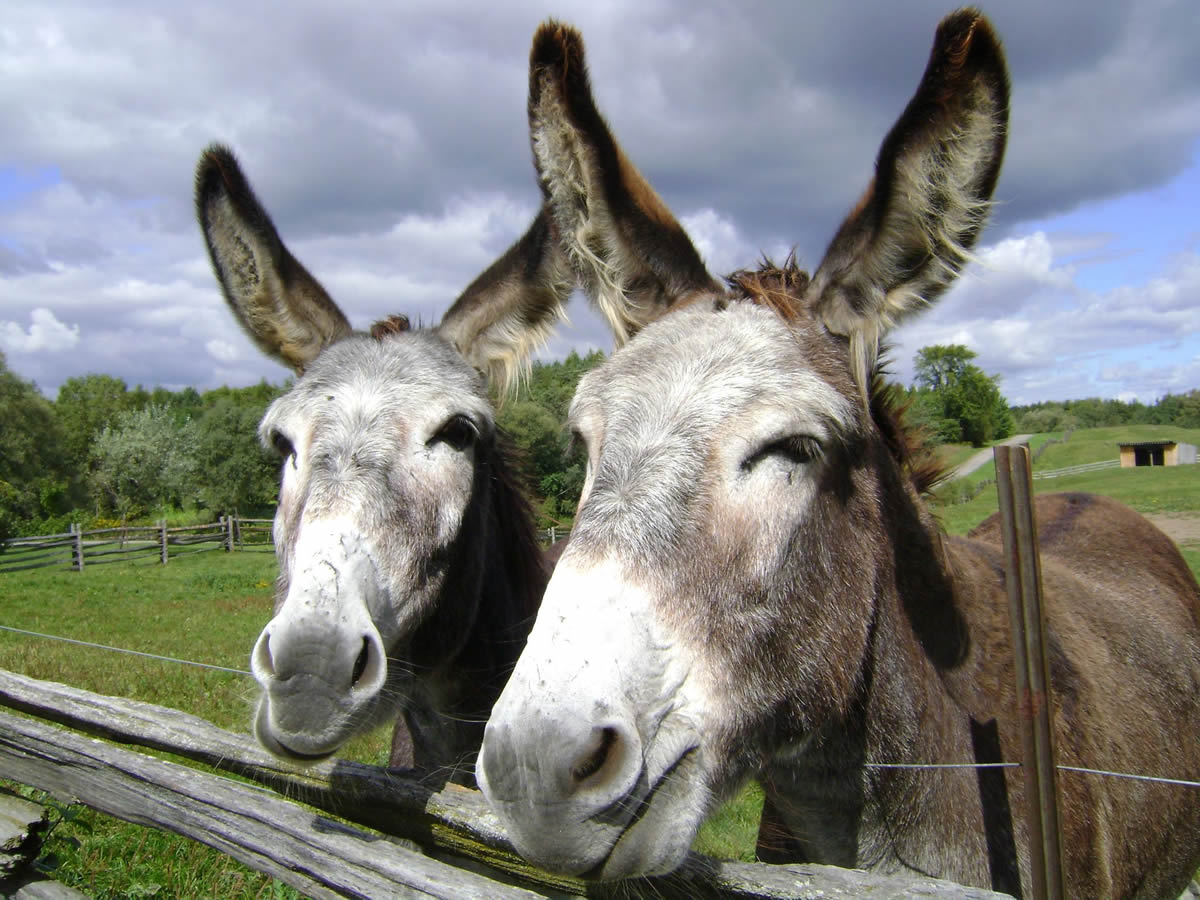 The April meeting was a very popular one, with a guest speaker from ‘The Donkey Sanctuary’.

In the absence of Marion, Branch Leader, the meeting was begun by Margaret Whittaker, Speakers’ Secretary. She spoke about the revised programme for the next few months.

Val Rayner spoke of the donation to ‘Make a Mother’s Day’ appeal. This year, £200 had been sent, and a letter of thanks had been received for this donation.

The speaker for the evening was introduced – Robina Mellins, who is a worker for the Manchester Sanctuary. She explained how the charity started in Manchester, to become the biggest animal charity worldwide. It began when a former teacher, Dr. Elisabeth Svendsen, bought land by a hotel in Sidmouth, Devon. She wanted to realise a childhood wish to own a donkey – and bought one. Unfortunately it brayed all night and kept the hotel guests awake. She went to a local cattle market to buy another as a companion and found 8 donkeys in poor surroundings, but was unable to buy them. She became involved with the Donkey Society and a lady bequeathed 214 donkeys to her. Now there are 8 farms across the country and Northern Ireland, with sanctuaries across the world.

The aim of the donkey sanctuary is to provide a permanent home for rescue donkeys needing homes, and welfare officers. They work closely with the RSPCA. There is a veterinary hospital in Devon to try to bring donkeys back to health.

Abroad, the aim is to help improve the life and condition of donkeys, as often their owners don’t know how to treat them any better. They try to educate the people on how to treat their animals, by using proper harness and bits, dentists and foot care. In Italy, north of Milan, 75 donkeys were intercepted as part of the meat trade. They were dropped off in extremely poor condition. Donkey farms are often run by the Mafia.
Donkey milk is given to babies who are lactose intolerant. Cairo is also a bad place for donkeys – they are heavily loaded with bricks and other materials and worked until they drop.

In the U.K. there are 8 farms, the one in Sidmouth is about 200 acres. There are about 300 donkeys per sanctuary. There are also holding bases, where donkeys can be moved quickly in an emergency. The sanctuary in Manchester is a Donkey Assisted Therapy Centre. Children from Special Needs Schools can ride or interact with donkeys regularly. Donkeys are taken to homes or hospices & into lounges or bedrooms. They also go into school playgrounds. The charity relies on donations from the general public and there are no charges for those who benefit from the help given.

The average age of a donkey is about 35 years, but overseas this is reduced to 8 years. Donkeys are not native to this country, they were brought by the Romans. Their coats are not waterproof, so they need access to shelter from the elements. Donkeys ‘bond’ for life. They do not like to be alone and will bond with other animals.

Robina was thanked by Margaret Whittaker.