For the March meeting of the M.U., members first gathered in church for he enrolment of new members to our Branch. The Vicar conducted the service, in which six new members joined. Each one was supported by an existing member. The new members are:- Sally Armstrong, Isobel Clarkson, Dorothy Heaney, Lucy Riggs, Beverley Smith , Jayne Wilcock.

After the service all moved to the Church Hall for the meeting itself, but first – a slight change to the usual order of things – everyone enjoyed potato pie, with cups of tea or coffee, and also a glass of wine or orange juice, provided by Anne and David Brown in celebration of their Golden Wedding Anniversary.

Opening the meeting, our new Branch Leader, Margaret Whittaker, asked members to stand for a minute’s silence, in memory of Flo Hughes and Rosalind Bodle, who died recently; for members who are ill, and for Marion Sutcliffe, who now lives near Southampton.

Allyson, our secretary, read the report of the last A.G.M., and, in Val’s absence, Hilary gave the financial report. This included thank you’s for Vera, Kathleen and Sandra, not forgetting Neville and Ben for their help.

The Speakers’ Secretary for the coming year is to be Margaret Parker, but Margaret Whittaker, formerly Speakers’ secretary, reported on last season. She thanked everyone who suggested speakers, those who gave the vote of thanks, and Cynthia, Joyce and Pat, who wrote the magazine reports.

Margaret Parker and Irene Jones, who visit when people are ill, were also thanked. However they mark happy occasions as well as sad, special birthdays, wedding anniversaries and the births of grandchildren in addition to illness and loss.

The Prayer Circle, an important part of the M.U. now has Joyce Johnson in charge. She asked everyone to tell her about people needing our prayers, and said that it is not necessary to reveal full names. Prayers are sent to all churches throughout the Deanery, so many people participate.

Then Margaret gave her first report as Branch Leader. She recalled the many changes that have happened over the past year – the main one being Marion’s departure after 46 years of close connection with St. Anne’s Church.

Margaret reminded us of the interesting talks we have heard, happy events such as the special service, when 18 members were presented with long membership awards. [The longest record being that of Betty Duckworth, who has been in the M.U. for over 70 years]. It is interesting to note that we currently have 94 members.

We help the M.U. in various ways, both at home and overseas. These include a contribution to “Make a Mother’s Day”; clothes for those sleeping rough; knitting projects for babies; and hospital admittance bags; as well as the ‘Goodie Bags’ for University ‘Freshers’.

Margaret thanked everyone for helping with these schemes and a special thank you to Val, Kathleen, Joyce, Bridget and Chris and Dorothy, who lead the services and prayers before each meeting. Lastly she thanked the Vicar for his help and support for our M.U. She ended the meeting by reading part of a letter from our Diocesan President, Kath Hilton. The Diocese celebrates the 140th anniversary of the M.U. movement – a timely reminder of our hopes and aims. 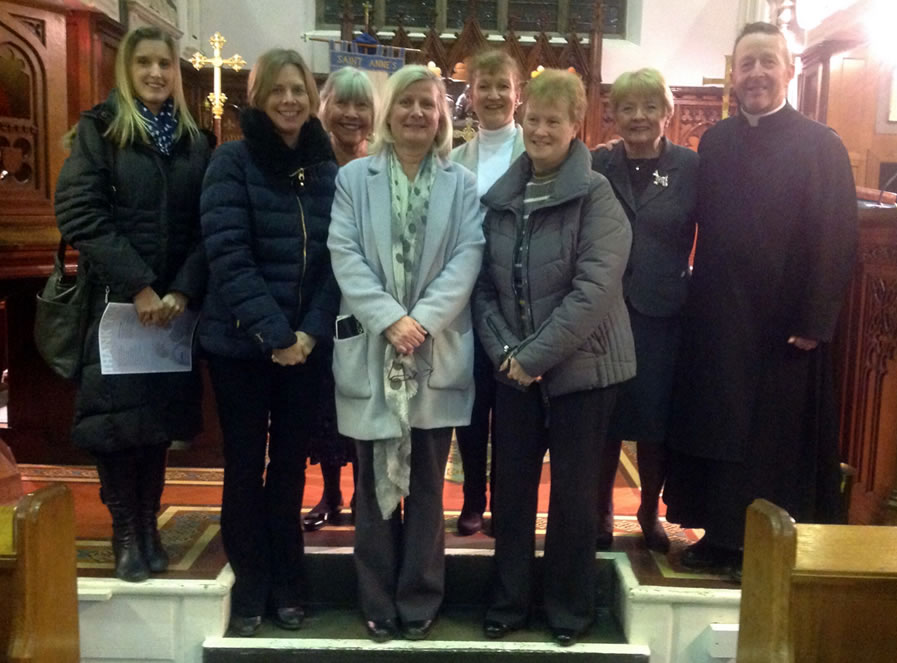