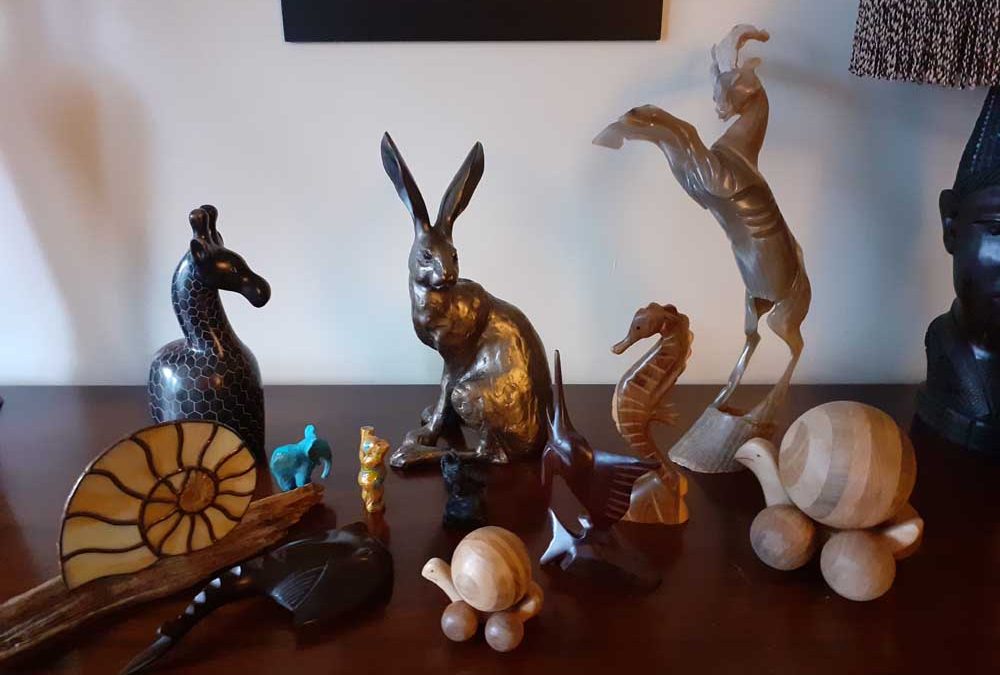 ﻿Our final meeting of 2021 was the Annual Christmas Party held in the Parish Hall on Tuesday evening 7th December. It was also the last meeting of the Branch with Margaret Whittaker as Leader.

The Hall looked very festive with ceiling and windowsill decorations put up by Roger Morley and Roy Horrocks. The tables had been decorated by some members of the Committee with poinsettias, fresh greenery and candles loaned by Judi Morley. Roger Morley had kindly agreed to be bar keep for the evening assisted by Judi.

After welcoming everyone, Margaret read out messages sending Good Wishes from Joan Feeley, Mary Clarke, Margaret Andrews, Brenda Ware, Sylvia Gibbs, Hilary Smith and Val Rayner, all of whom unfortunately could not make it on the night. It was good to hear that Joan is now more mobile following her operation and she thanked everyone for their cards and flowers. Brenda could not attend owing to Covid contact reasons but sent along her thanks for the cards and flowers she and John had received for their Golden Wedding Anniversary.

Hilary Smith thanked everyone for the Gift Vouchers from the Branch following stepping down as Treasurer due to moving home out of the area. She will be greatly missed as a friend and Treasurer but we have thankfully found a new Treasurer in Pat Blake. Mavis Jolley was arranging for flowers from the Branch to be sent to Hilary at her new home in Wrea Green.

Following the announcements, Bridget said Grace and everyone tucked into the delicious buffet provided by Pam Gardner and her daughter Gemma.

The meal was to be followed by Brenda’s Quiz, but before that could go ahead Margaret was surprised by Mavis and Avril presenting her with an amazing flower arrangement and equally amazing Gift Box. On behalf of the Branch, Mavis with the kindest of words thanked Margaret for all her work over the past five years as Leader.
The contents of the gift box were revealed to be a beautiful bronze Hare from the National Trust called Howard and £30 in Waterstones gift vouchers. Mavis had ascertained (by devious means!!) that Margaret had wanted a Hare for some time so this was the most perfect gift. Howard now has pride of place on Margaret’s sideboard along with his many new animal friends. Margaret thanked everyone for their most generous gift which she will always treasure and for their support over the last five years.

Marion’s departure was the end of an era in our Branch and Margaret had greatly appreciated the Committee’s help when she took over as Leader. She was also grateful for the help given by Roger Morley, Geoff Leach, Roy Horrocks and Peter Jolley.
Last but certainly not least, the Vicar had been supportive and helpful throughout and she had greatly valued his input and advice.

Brenda’s Christmas themed Quiz followed which, by the sounds of laughter was thoroughly enjoyed by all.

The Raffle run by Vera and Sandra raised over £100 towards future MU projects and we rounded off a lovely evening with a socially distanced rendition of Auld Lang Syne. 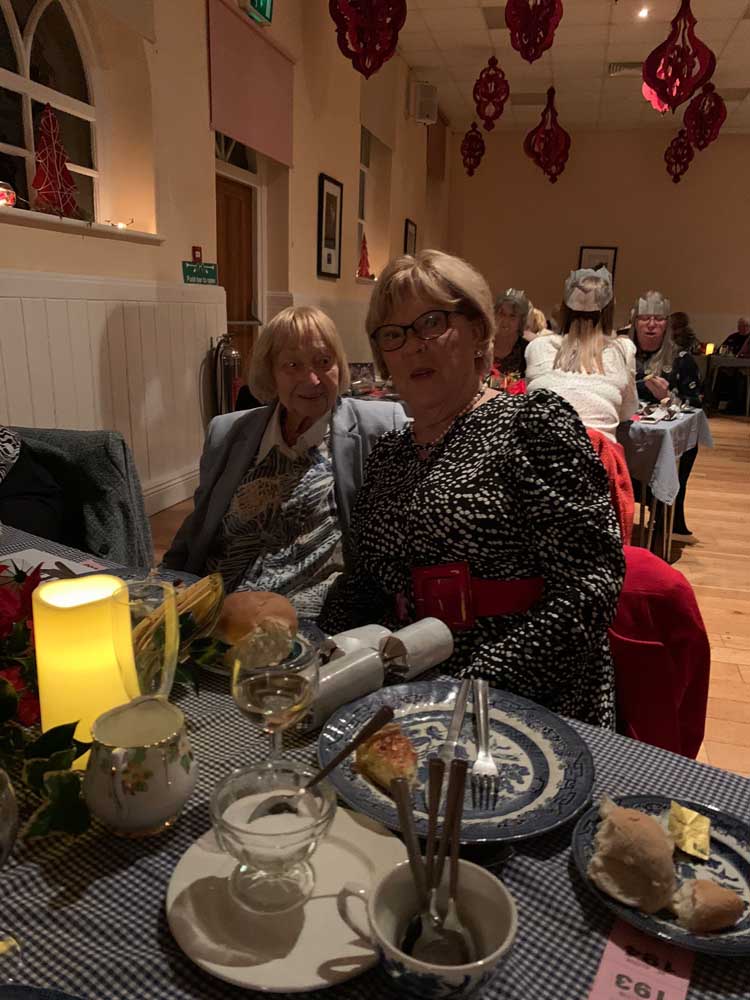 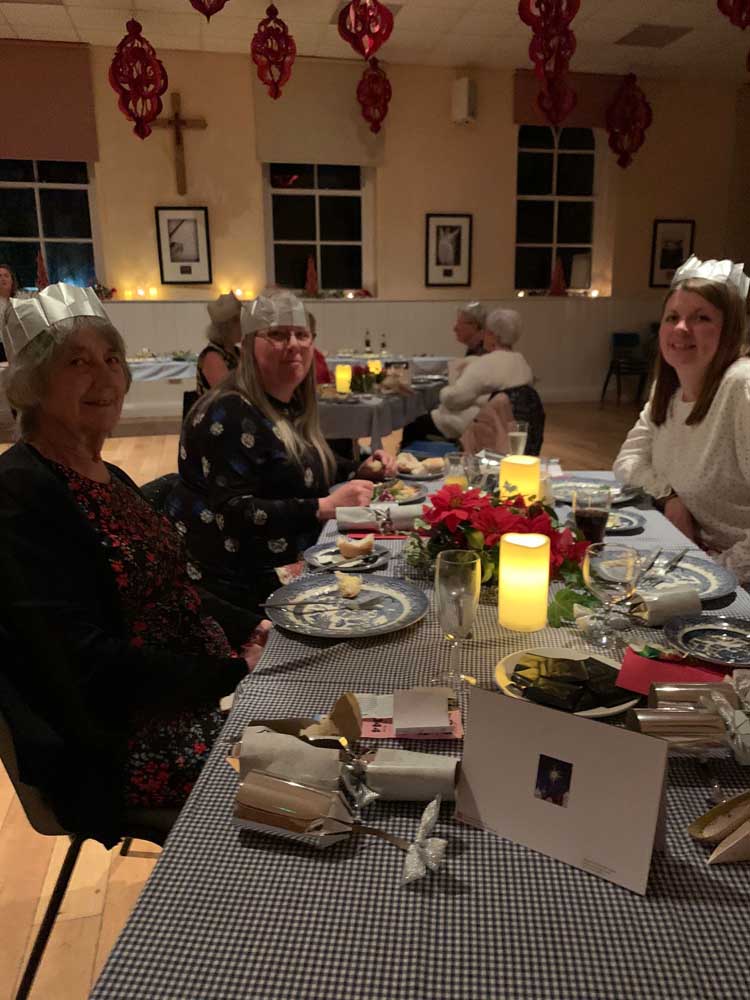 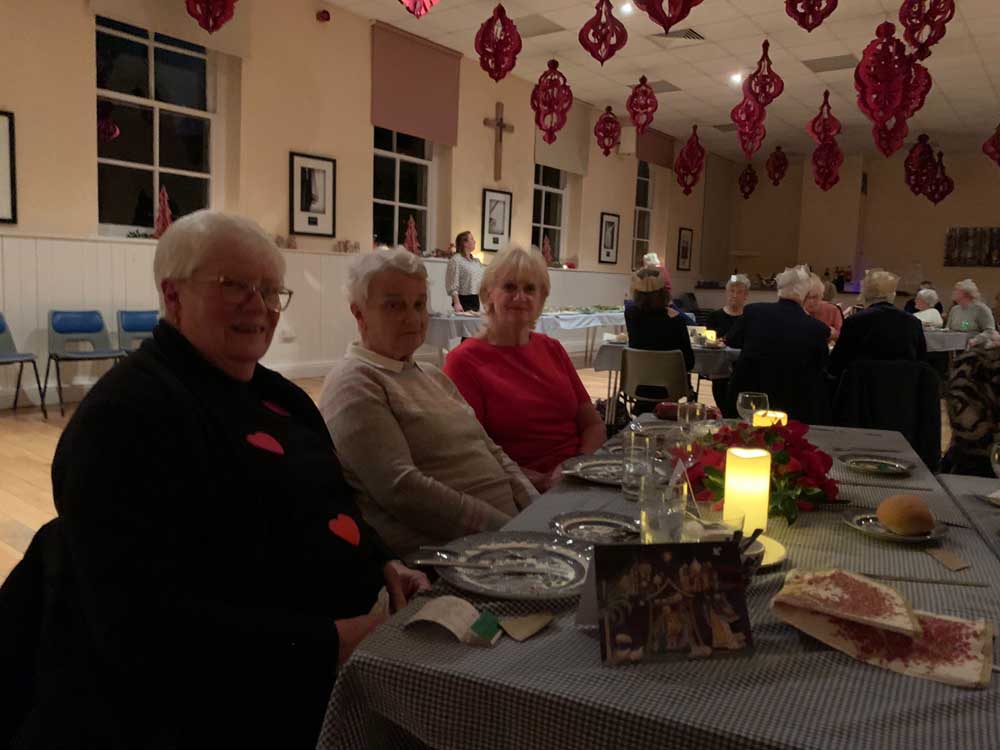 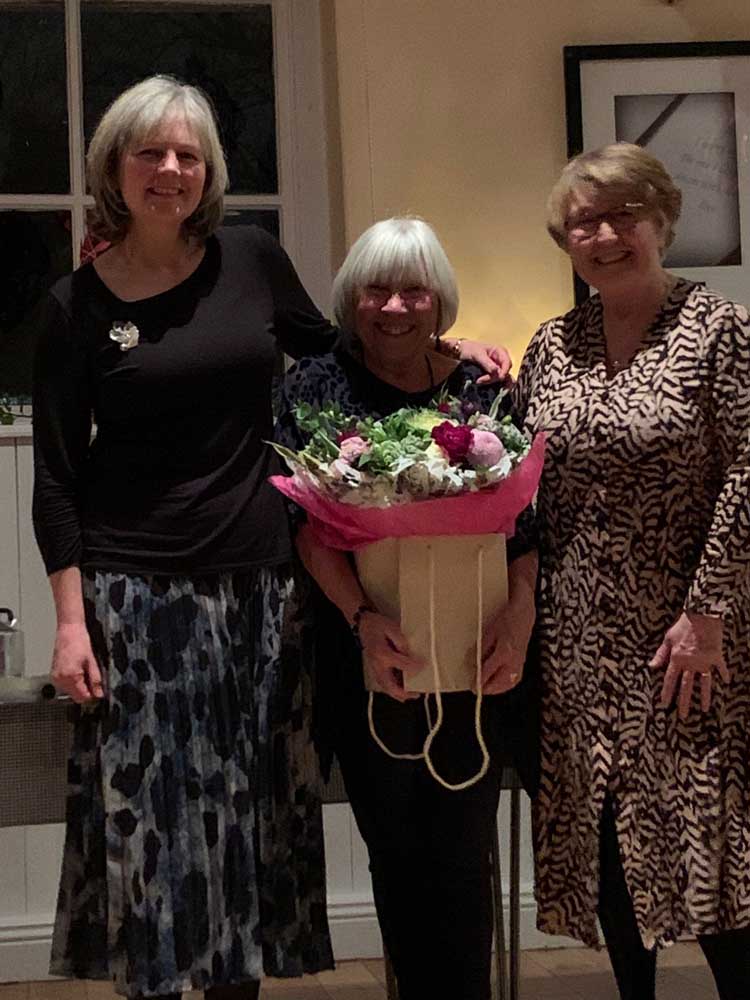