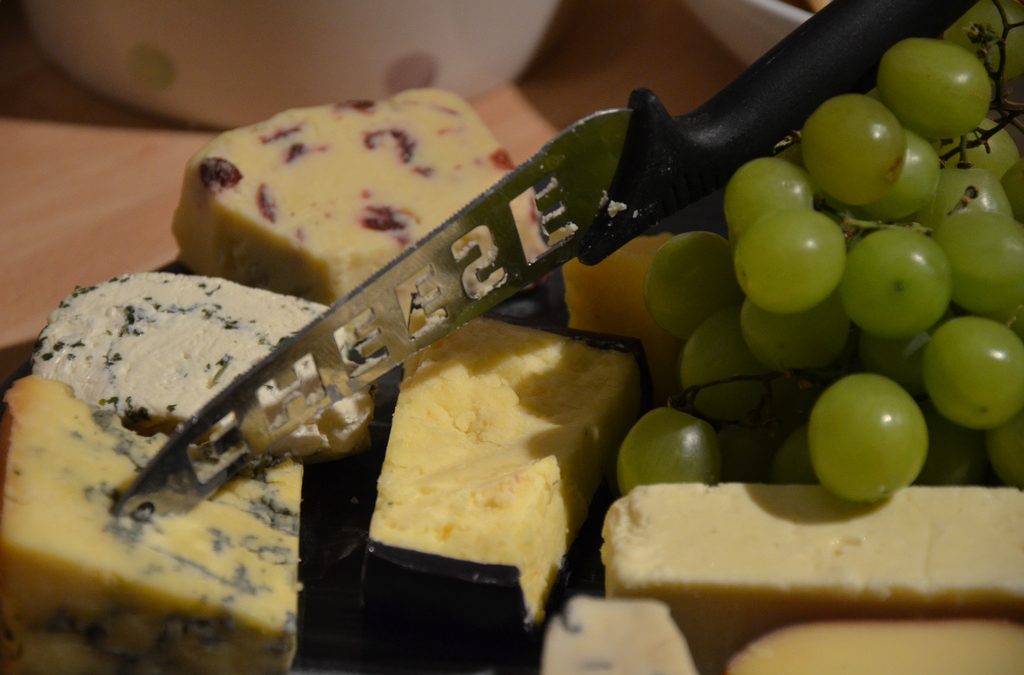 Tottington St. Anne’s Mothers’ Union began their April meeting, in Church, with a short service led by Bridget. Having then transferred to the Parish Hall, everyone was welcomed with a glass of wine or fruit juice, to celebrate the Pearl Wedding Anniversary of Allison and Eamonn Gallagher.

Margaret then conducted the business of the meeting, before introducing the speaker – Miss Faye Kitching – who was to demonstrate cheeses making, assisted by her mother.

Miss Kitching was a lively and interesting speaker, starting off by pouring a gallon of milk into a large glass tank, [similar to a fish tank], so that all could see. She asked questions as she continued the demonstration – what kind of milk was it? Pasteurised, skimmed etc. The correct response was full cream.

She then poured four additives into the milk, whilst stirring. The first being some ‘good’ bacteria to sterilise the product. The second was a substance called Annatto from the seed of the Achiate tree. This gave the product a distinctive colour. Next came rennet – this was vegetarian and produced from calves’ stomachs. Lastly salt was added, for taste and to help the liquid content. This was now a junket, which could be cut with blades to make curds and whey, before being strained through a muslin cloth. From the original gallon of milk 1lb of cheese was made. This residue was poured into a mould to be pressed.

Faye told of how she got the job of demonstrator – taking over from her father – when he ‘double booked’ – and later after his death. The firm demonstrated at many Farmers’ Markets. She spoke of the many varieties of cheese produced at their farm, many based of their traditional Creamy Lancashire, and the popular waxed truckles or volcanoes.

There were many varieties to taste and buy – a majority of mothers were spoiled for choice! There were also packs of oat biscuits for sale – produced to be eaten with the cheeses.

Faye and her mother were thanked for the demonstration and the wonderful selection of cheeses of cheeses that they had brought.