Blame it on the China Experience 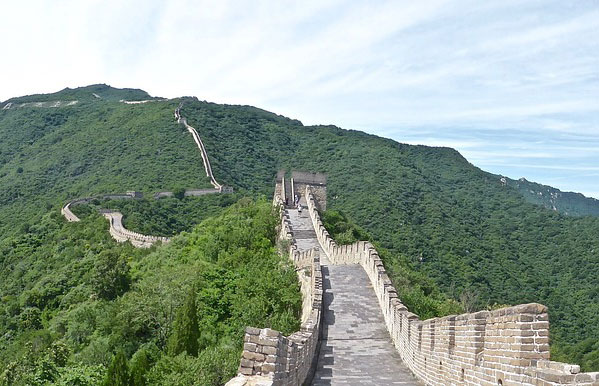 Margaret welcomed a large number of members and read out some messages from people who had been ill and thanked everyone who had taken part in the “Guard of Honour” for Marion Beech last Friday. Marion’s daughter, Kath, had provided biscuits but these will be kept until the A.G.M. in March as we already had some lovely homemade cakes from Nadia & Peter Glendinning who celebrated their Golden Wedding Anniversary in November. We also had wine and orange juice provided by Bev Smith who has a special birthday coming up.

A short service was then conducted by Isabel before Bridget began her presentation of photographs and narrative.
Bridget had been to China with her friend, Jenny, in 2006 but this trip was with her brother, Peter, in 2017 starting their journey in Beijing and ending in Hong Kong.

After spending a few days in Beijing seeing the wonderful sights, including walking along the Great Wall they had an overnight train journey to Xi’an and saw the magnificent Terracotta Army figures. Unfortunately, when these are exposed to daylight, they lose their colour so now excavation has been suspended until they can find how to preserve the colours. Then on to Chengdu where they visited the biggest breeding centre of giant pandas in the world, including the red pandas too. Bridget purchased a toy panda to keep Hamley (her teddy bear who travels with her on holiday) company but she is not too sure he likes the idea!

Bridget & Peter then sailed down the Yangzi river and we were given snapshots of the ship, including some samples of food, which Bridget assured us was excellent.

One of the organised trips was a bike ride but Bridget’s cycling days are long gone and she fell off and had to have a ride back to base.

There followed another overnight train journey to Yangshuo, altogether a total of 2,200 miles.

Bridget ended by showing snaps from a fantastic show put on by about 200/300 people by the river and at times it seemed as though they were walking on water. We didn’t get to Hong Kong as time was running out.