A Day in the Life of… our Vicar 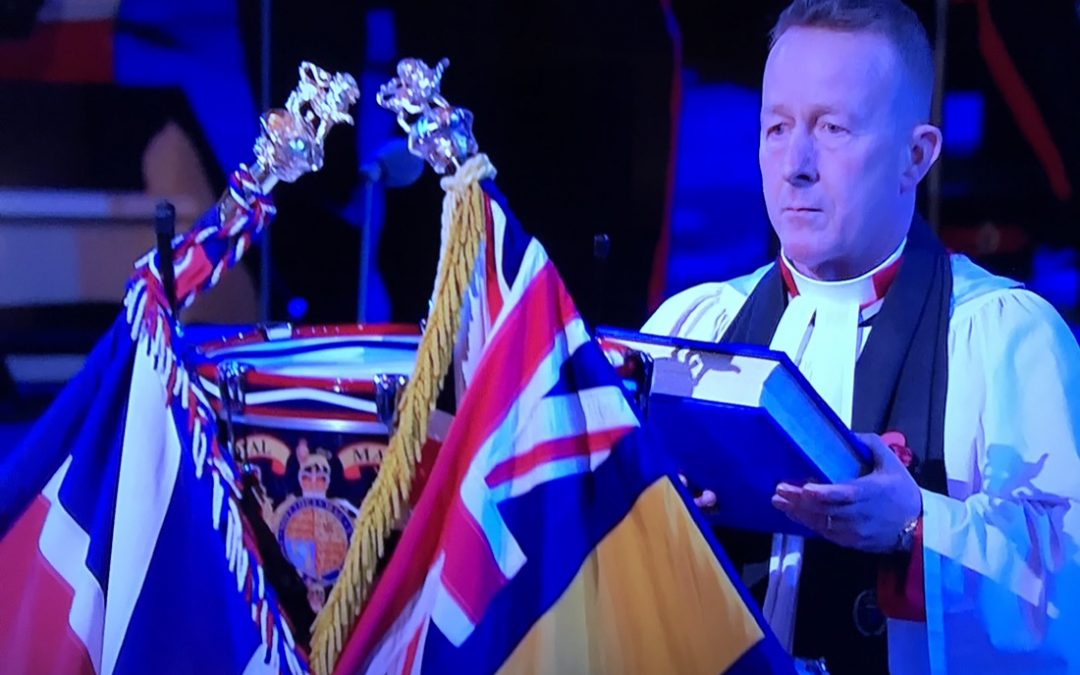 Tottington St. Anne’s Mothers’ Union began their May meeting in Church, with a service led by the Vicar. Having then transferred to the Parish Hall, everyone was welcomed with a glass of wine or fruit juice, to celebrate the Diamond Wedding Anniversary of Cynthia and Alan Bennett.

Margaret then conducted the business of the meeting, before announcing the Speaker, who really needed no introduction, our Vicar, Hugh.

His talk was entitled “A Day in the Life of…”. He began by saying how little people really know about the life of a clergyman, often being influenced by television programmes like ‘Father Ted’ and ‘The Vicar of Dibley’, rather than the more realistic ‘Rev’.

Hugh said he always wanted to be a Vicar, despite being brought up in a non-church going family. He did not know who his godparents were – and has had no contact with them. Despite this desire he was a normal mischievous lad.

He explained several terms which people found confusing. People are made a Deacon, Ordained a Priest, Consecrated a Bishop. There was no specific job description for his role.

He begins each day with prayer – a quiet time before commencing daily tasks. Apart from the set services in church, Hugh tries to fit in visits to everyone in Bury Hospice and other hospitals. He asks the patients if they would like him to pray with them – no-one has ever refused. Relatives also often derive comfort from this, especially if it is end of life care.

Hugh believes in being a visible presence in the community, taking every opportunity to interact with his parishioners, whether churchgoers or not, and encourage them to become a part of te church ‘family’. This may begin with a Baptism, welcoming families into church. When/if they become involved, he sees his role as an enabler, identifying skills that can be used to enhance the life of the parish.

Hugh quoted several times during his talk “The labourers are few but the harvest is ripe”, and [raising his hand], as an indication that he volunteered for tasks which may mean more work for himself, but which he considered important. He also considers himself a strategist – looking for opportunities to serve. His Royal Duties he considers a privilege, being able to serve Her Majesty and the wider Royal family.

His military duties, as Chaplain to various branches of ex-servicemen further enhances his overall role in this Parish and beyond. Hugh felt it to be ‘A joy to be in te whole spectrum of people’s lives.’

He was thanked by Dot Heaney for his most interesting talk, which gave us an insight into all that comprises his work.